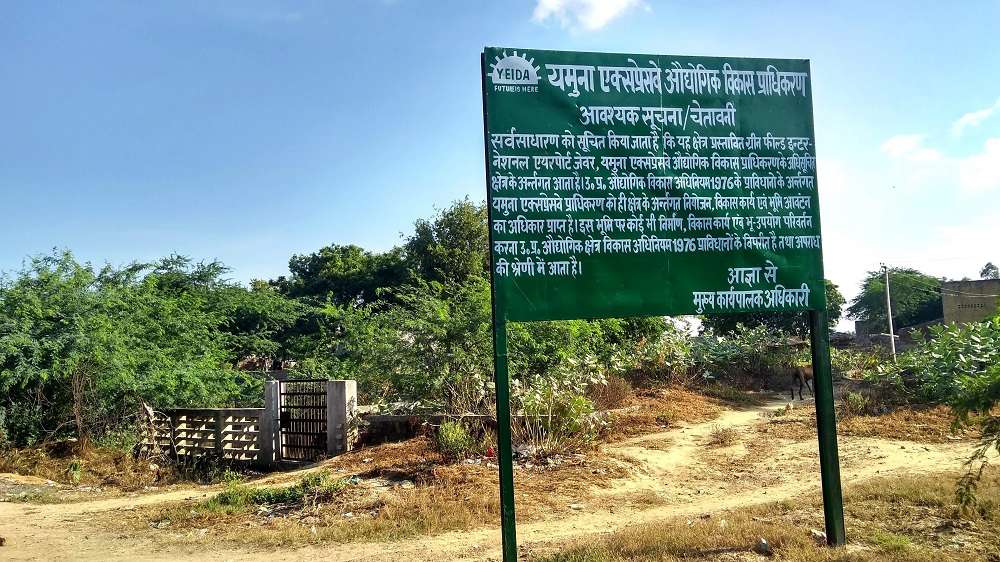 LUCKNOW: The Yogi Adityanath government in Uttar Pradesh has issued a notification for acquisition of over 48 hectares of land to relocate around 3,600 people affected by the Jewar International airport project.

The move is an attempt to fast-track the construction of the airport.

The notification issued under section 19 (1) of the Land Acquisition Act on July 11, also paves way for compensation to the people affected by the greenfield project. This is seen as an alternative to New Delhi’s Indira Gandhi International (IGI) airport for the people living in the National Capital Region (NCR).

The notification was issued by Special Secretary, Civil Aviation, Surendra Singh, and is for the acquisition of 48.097 hectares of land in Gram Jewar Bangar for which the Uttar Pradesh government had issued the preliminary notification on April 13, suggesting identification of land for relocation of the affected farmers.

The land acquisition in Jewar had hit uncertainty in 2018 after farmers objected to it, citing reservations over the amount of compensation.

The then Yamuna Expressway and Industrial Development Authority (YEIDA) Chairman, Prabhat Kumar had said that if farmers did not accept the terms and conditions then the project may have to be shelved.

Subsequently, the farmers were offered the rate ranging from Rs 2,300 to Rs 2,500 per square meter for the agricultural land that was to be acquired for an international airport project in Jewar, along the Yamuna Expressway.

Earlier, the Gautam Buddha Nagar administration had set August 15 as the deadline for completing the process of acquisition of 48 hectares of land for the development of a township for those affected by the airport project.

The concessionaire, Zurich AG has been given the deadline of August 17 for completing the formalities to begin work. However, it is likely to get an extension if the international flight movement remains disrupted because of the corona crisis.

Around 600 families comprising over 1,300 people are expected to be affected by the land acquisition in Jewar Bangar.

This, along with the Kushinagar airport project, is proposed to be piloted by the state government with the help of Airport Authority of India (AAI) in the next few years.