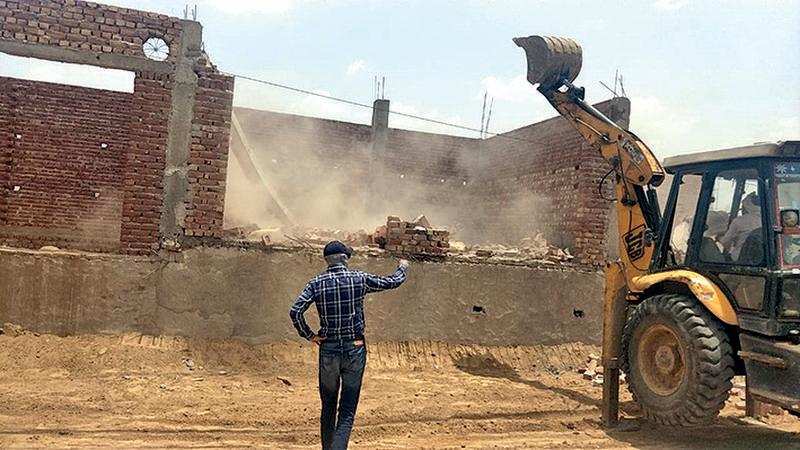 GURUGRAM: A seven-acre prime land on Sohna and Bhondsi road was freed of encroachment on Tuesday with the demolition of two illegal colonies. Apart from this, 10 shops and the office of a property dealer illegally constructed along the highway were also razed.

A team of the enforcement wing, led by district town planner RS Batth, carried out the demolition drive in the presence of police on Sohna road and Bhondsi. Batth told TOI that one of the colonies had been reconstructed on a five-acre land by encroachers after it was demolished three months ago.

“This time, it has been razed completely. The sewer lines, road network and half-built structures have been demolished and a team has been asked to keep a watch to ensure it is not encroached upon again,” he said. Another illegal colony being developed on a two-acre land was demolished too and the land freed, added Batth.

He said his team carried of recce of the area on Monday night to get familiar with the area and identified the structures to be demolished. The department then got permission from the district administration and conducted the drive on Tuesday morning.

“In gross violation, a property dealer had constructed an office on government land in order to strike deals of plots with buyers. By building an office, the dealers gain trust of prospective buyers and dupe them by selling plots in illegal colonies,” said an official.

The department has written to Gurugram Police to register an FIR against the property dealer and initiate strict action against him.