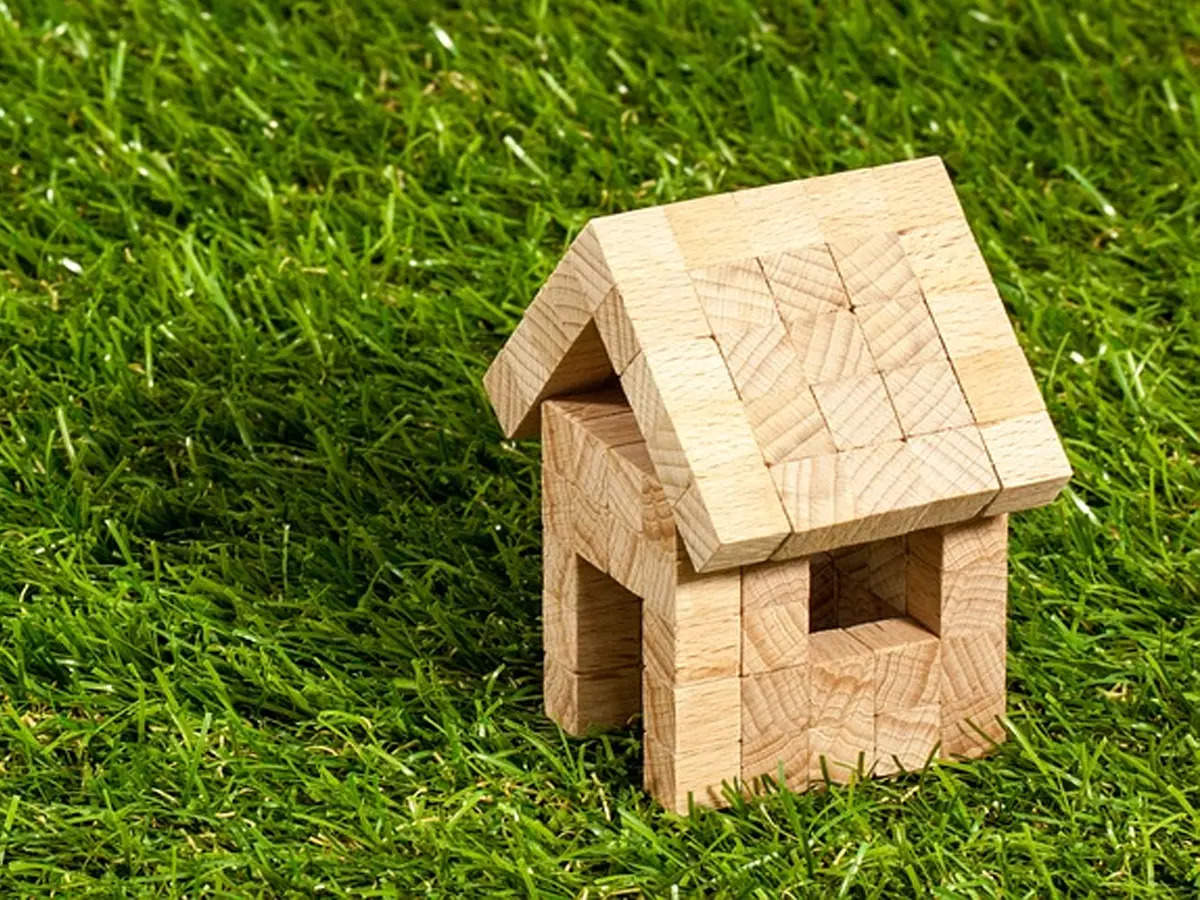 This new policy has offered 300 sq ft for the slum rehabilitation schemes in PMC and PCMC on the lines of the policy for Mumbai.

Height restrictions for the buildings have been cancelled paving way to construct high-rise slum rehabilitation buildings. Deadlines have been set for completing the projects to make sure that SRA projects are not unnecessarily prolonged. Suggestions and objections from the public have been sought now for these draft rules.

As per the notice issued by the SRA on Monday, the new drafts will be available for suggestions and objections for the next 30 days, after which a hearing will be carried out and the final draft will be published.

Currently, only 269sqft tenements are offered for slums. It will increased by 31sqft per house. It has been a long-pending demand of the slum dwellers.

The draft rules state that concession has been offered even for the mandatory consent. As against current 70% approval mandate, 51% consent from the residents will be compulsory, once the new rules are made effective.

“We are hoping to complete the process in the next couple of months. Our target is to start implementation of the new rules from January 2022,” Rajendra Nimbalkar, CEO of SRA, said.

A provision of penalty has been made in the new rules if the developer delays the project. The amount collected from this penalty will be kept reserved for development and maintenance of SRA buildings.

Not many developers are coming forward to take up these projects. The TDR rates have gone down by around 40%. As many as 60 slum rehabilitation projects are affected due to the rate reduction.

The officials observed that as many as 125 projects are in pipeline while 60 are underway. A majority are dependent on the TDR. These rates had gone up to Rs 4,500 per sqft during peak consumption. It has come down to Rs 600 per sqft to Rs 1,000 per sqft.

The premium FSI and other instruments for compensation introduced in the unified development control rules have put the TDR on the back foot. Since TDR has no steep demand, developers are not coming forward to build the projects and accepting TDR as compensation.

So, the maximum FSI limit has been increased in the new rules. Currently only up to 3 FSI could be utilised in the project. After the new rules, there will be no such limits. 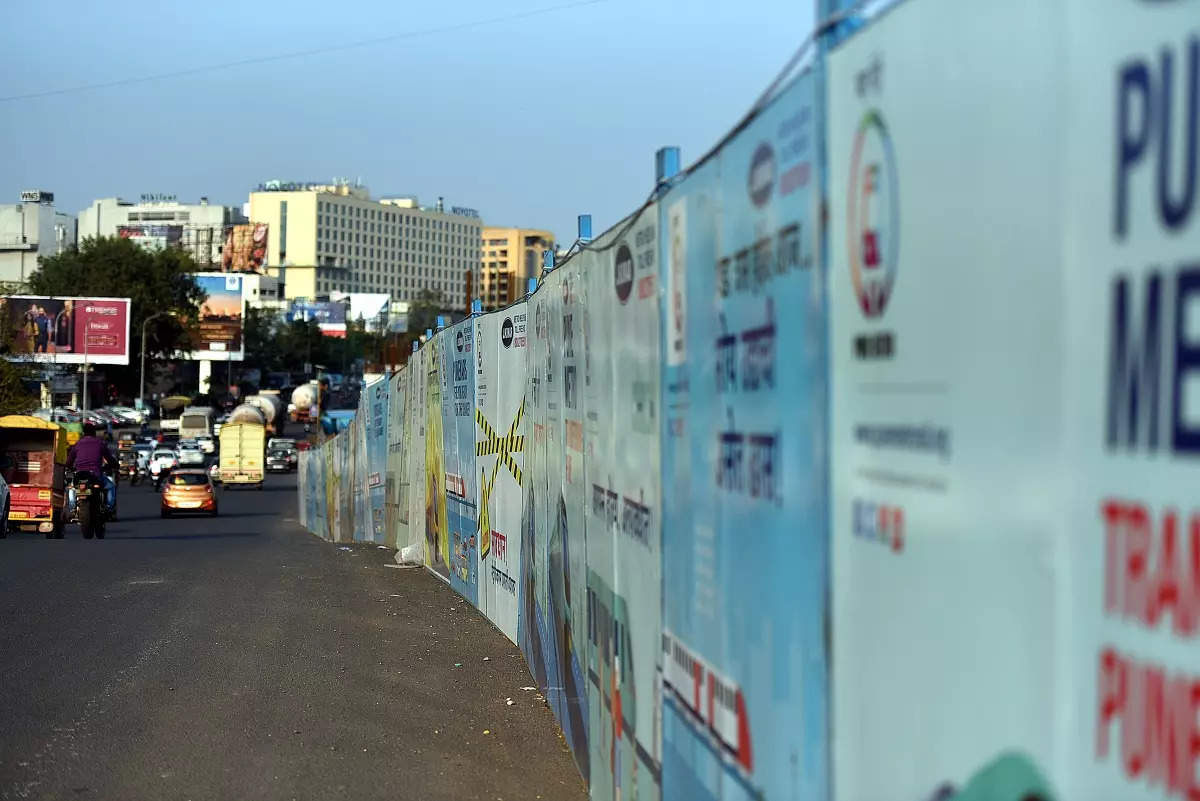 PUNE: The Pune Metropolitan Regional Development Authority (PMRDA) said the official date of commencement of the work on Hinjewadi-Shivajinagar Metro corridor was likely to be announced this week.

PMRDA officials said the land acquisition process was nearly complete for the corridor and that the Pune Municipal Corporation has given an in-principle approval to the University flyover plan, clearing the decks for the project’s concessionaire — Tata-Siemens — to begin the project.

“The project will have to be completed in three years and four months from the commencement date,” a PMRDA official said.

Once the commencement date is announced, work will begin simultaneously at eight locations along the 23.3km route, officials said. An official close to the development said pre-engineering work and geotechnical investigation have been completed, while 70% of the work sites have been barricaded; soil testing, structural design and work at the casting yard too has begun.

The corridor will connect Mann, near the Hinjewadi IT park, to Civil Court in Shivajinagar. Officials said it would take 40 minutes to complete end-to-end commute on the route, which will comprise 23 stations. The concessionaire will execute the project on a design, build, finance, operate and transfer basis for an initial concession period of 35 years. 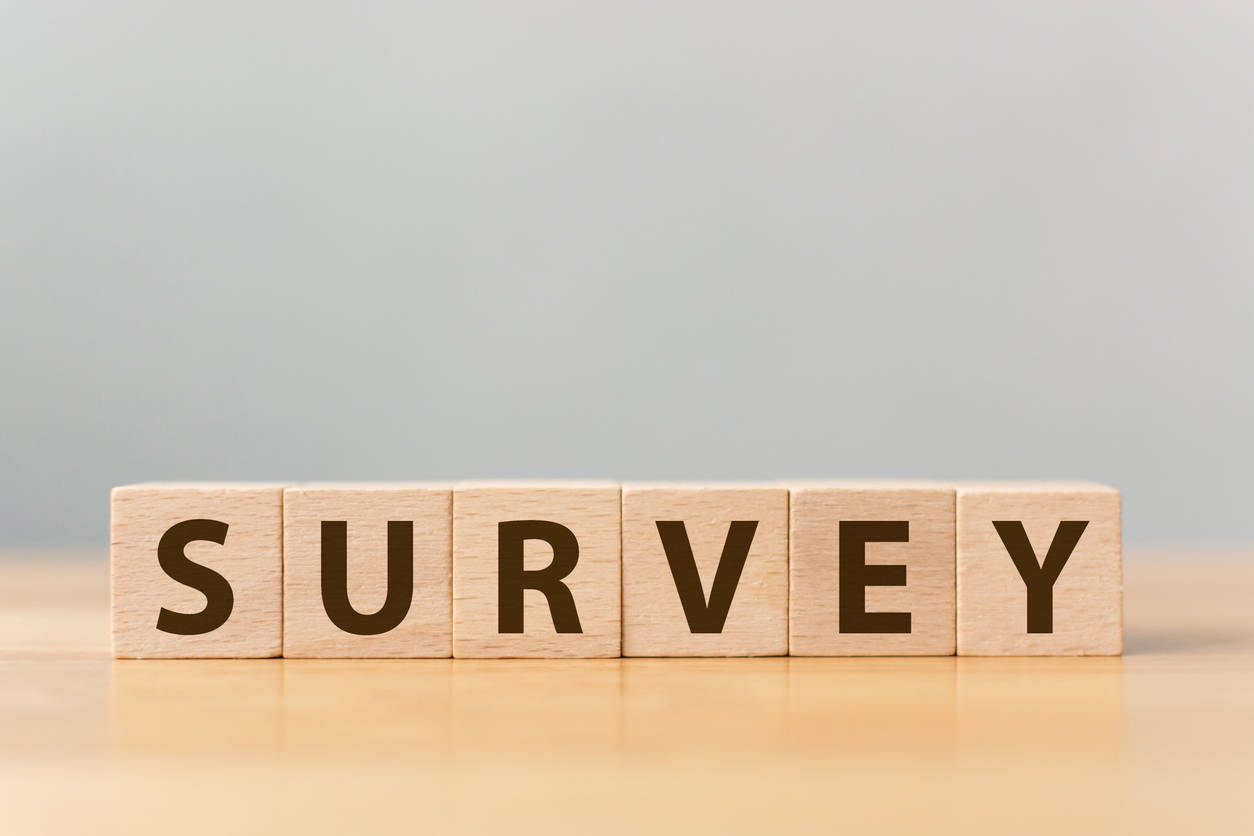 PUNE: The Slum Rehabilitation Authority (SRA) and the Pune Municipal Corporation (PMC) have started a survey of slum pockets and probable rehabilitation locations in 23 villages merged into the city civic limits last month.

A team of officials from the SRA and the PMC conducted a survey in Wagholi recently.

The officials said that inspections will be carried out in a phased manner in all areas merged into the PMC limits. Ashok Pawar, the local MLA, said that slum rehabilitation will be part of Wagholi’s overall development.

“We are in touch with the SRA officials and the civic administration,” Pawar said. The residents of Manjari, another village merged into the city limits, are also looking forward to rehabilitation.

Local resident Sunil Ghule said, “The PMC and the SRA should conduct a detailed survey and come up with a proper rehabilitation plan to prevent illegal encroachment by slumdwellers.”

The officials said the surveys will help prepare a list of slum pockets and probable sites to execute the rehabilitation projects. 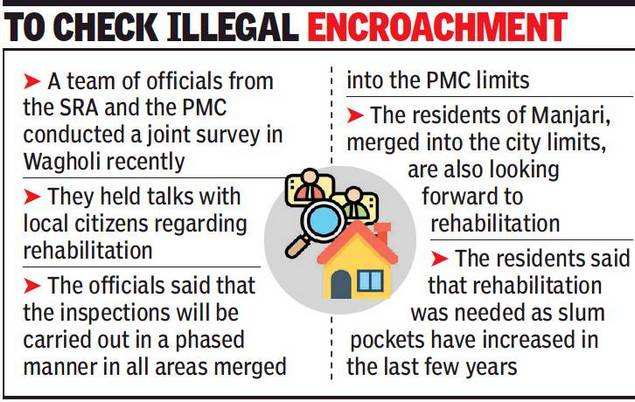 Sanjay Tupe, a Hadapsar resident, said that the officials should initiate a process to identify slums from merged areas as “declared slums”.

Rajendra Nimbalkar, head, SRA Pune, said, “We held discussions with all stakeholders, including local gram panchayat representatives, slumdwellers and others.”

Nimbalkar said that similar surveys will be conducted in other merged areas as well. “We also want local representatives to come up with proposals,” he added. 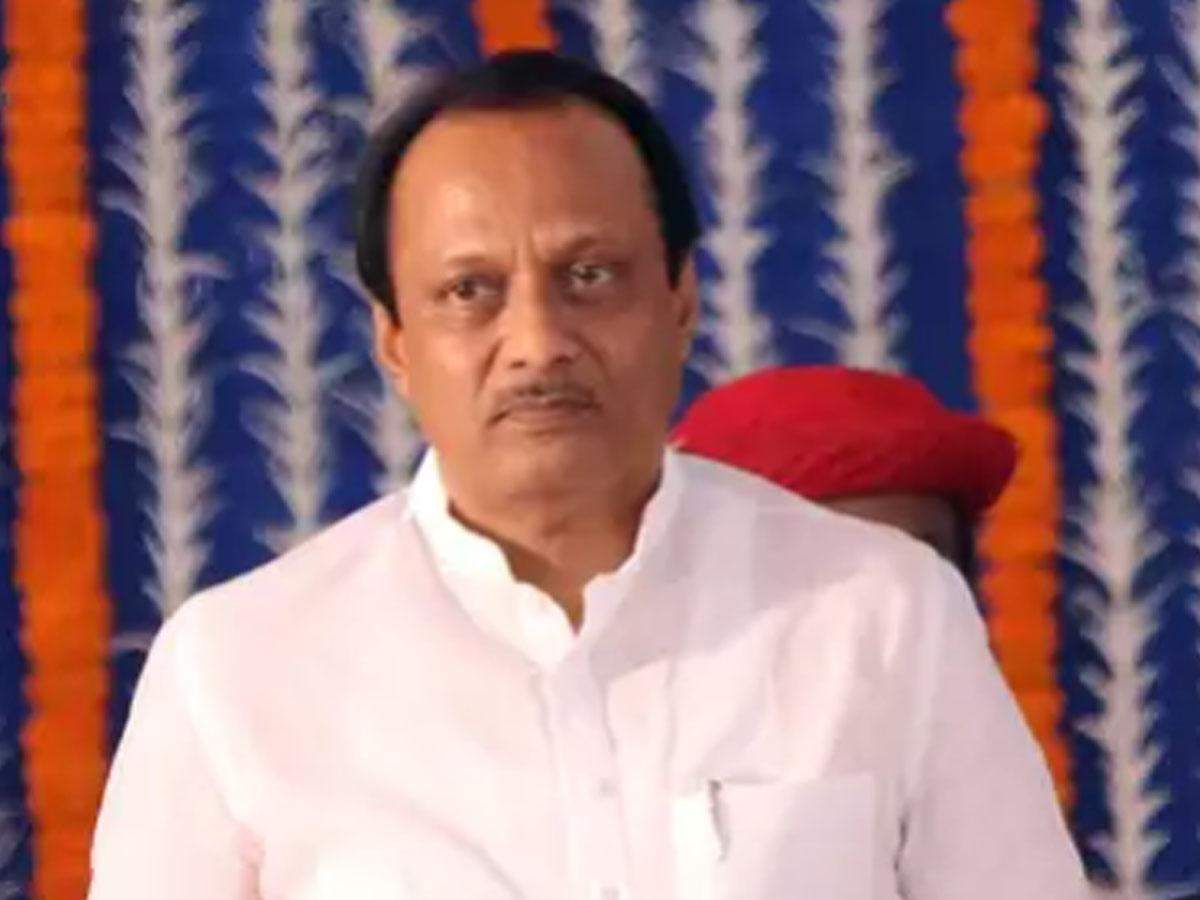 PUNE: Deputy chief minister Ajit Pawar on Friday said the state government would take the final call on whether the PMC or the PMRDA would prepare the development plan for the 23 villages recently merged with the civic limits.

He said the Pune Municipal Corporation (PMC) had the right to pass a resolution about the DP, but the state government would finally decide what would be done.

Pawar’s comment comes a day after the general body of the PMC approved the civic administration’s proposal to prepare the draft DP for the 23 villages recently merged with the municipal limits despite the state entrusting Pune Metropolitan Region Development Authority (PMRDA) with the task. The state government had on Wednesday issued a notification stating that the PMRDA would draft the development plan for the 23 villages.

“I won’t say anything about who should prepare the DP, as there are some disagreements over this and the PMC has the right to pass a resolution. But whoever prepares the DP, it should be done keeping in mind the next 50-100 years. The plan should be done with thoughts and reservations for public places such as schools, graveyards, crematoriums and grounds,” Pawar said.

“If it comes to light that any one is using their rights in an unfair manner, the state can intervene. Besides, there is the high court as well,” he added

Pawar refuted media reports that he had discussed this issue with CM Uddhav Thackeray and also that the Zoting Commission report had indicted NCP leader Eknath Khadse in a land deal. He said the state has not yet received the report .

On the proposed airport in Purandar, he said details would be shared when the land was finalised. Pawar also cleared Rs695 crore under the District Planning and Development Committee (DPDC) and directed the departments concerned to use the funds for various development projects. The state government had in April decided to impose a 30% cut on funds allotted for DPDC funds and use the amount in the pandemic management.