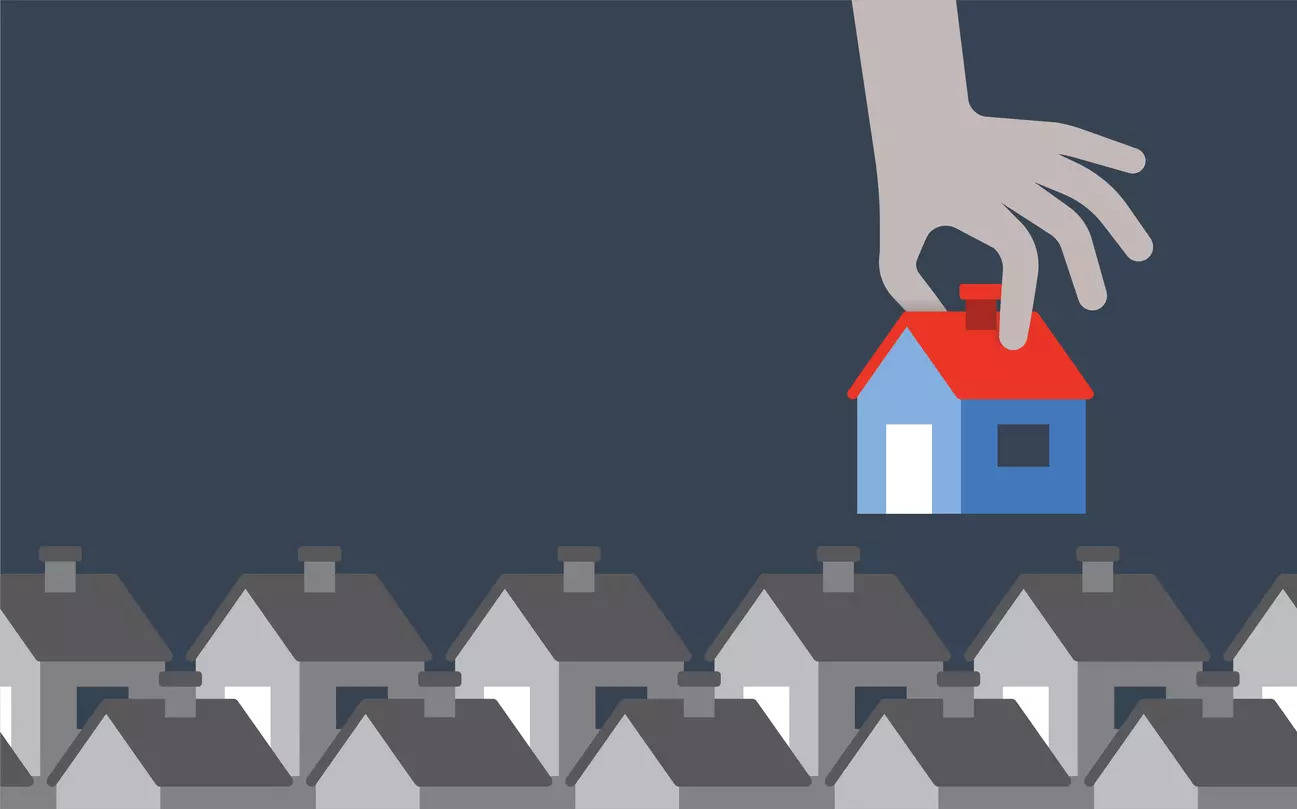 Home buyers are staring at further delay in delivery of stuck projects as procedural complexities, lack of consensus among stakeholders and absence of time-bound clearances from authorities hobble the push toward completion.

Across the country, home buyers and financial institutions have been pinning their hopes on the dedicated bankruptcy court for resolution and a much-needed push to ensure delivery of over 100,000 such houses, most of which have been stuck for over a decade.

However, despite the Supreme Court appointing new boards or designated authorities to complete construction of pending projects, they are yet to see much progress due to disagreements amongst various stakeholders, such as government authorities and secured lenders.

Appointment of resolution professionals and moratorium need to start from reference of application by financial creditors, experts said.

“Once the committee of creditors approves a plan, then NCLT may focus on compliance of IBC and rely on commercial wisdom of CoC,” said Rajiv Chandak, Partner, Deloitte India. “Delay in implementation of admission and resolution is leading to deterioration of assets in the company. Time taken in CIRP can be shortened dramatically and bring our code further in line with developed jurisdictions.”

Among the bigger cases, such as Unitech’s, there has been little progress in completion of projects as the scheme formulated by the new board is facing objections from authorities and secured lenders on grounds of unfair and arbitrary treatment to them under the plan.

In the Amrapali matter, the court appointed developer NBCC in 2019 to complete the projects, but it could not achieve much in terms of construction for long owing to lack of funds.

In the Jaypee Infratech case, the corporate insolvency resolution process (CIRP) has been on for four years and the resolution plan approved by committee of creditors (CoC) under insolvency & bankruptcy code (IBC) is pending for National Company Law Tribunal (NCLT) approval.

The delay in implementation of the plan also deters bidders who are interested in working on resolution.

“Average resolution timelines in NCLT have gone to nearly 600 days from the mandatory outer limit of 270 days. This changes the assumptions, costs, value of assets and liabilities and regulatory regime for projects, which makes resolution applicants wary of taking it forward. The limit of 270 days for closure of CIRP process should be sacrosanct for realty projects,” said Amit Goenka, CEO, Nisus Finance.

According to him, time-bound clearances, including RERA, planning and approval authority need to be ensured to allow immediate commencement of the projects post resolution. The projects can be offered discounts in premiums, development charges, FSI costs and approvals, with an option to offer state government stake in lieu of such discounts.

Two years ago, the Supreme Court removed the management led by the erstwhile promoters Chandras in Unitech and appointed an independent board of directors. However, in the last two years, the board could not carry out any activity with respect to completion of houses pending approval of the scheme before the top court.

This has left home buyers helpless and not knowing where to go now.

“In the last 18 months, post the appointment of a new Unitech board, our Alder Grove project, which was 6 months away from delivery, has seen no construction activity. The agony of 108 months’ delay has become 126 months now. Home buyers and taxpayers are made to suffer with no relief on interest cost,” said Aditya Mishra, a finance professional who is awaiting delivery of a house he bought in a Unitech project. “What justice is being served by making home buyers bear the entire economic cost of this delay without any definite timelines for delivery of houses.”

In cases like Amrapali, where raising funds for project completion has turned out to be a challenge for NBCC, part resolution and part liquidation can help.

“Not only in real estate but across sectors, companies have viable and unviable businesses. Resolution can be provided for viable business and liquidating the unviable ones and redeploying the assets can be allowed. If you can sell the business in parts as part of CIRP that should also help in getting liquidity to support completion of projects” Deloitte India’s Chandak said.

Home buyers had bought the houses in these incomplete projects 8-10 years ago and there is still no visibility of getting possession of their homes.

In the case of Unitech, it is understood that the majority of projects have significant surplus cash to cater to the needs of not only home buyers in those projects but also all its stakeholders. And the problem of the few projects that are facing a shortfall can be resolved through sale of unencumbered assets of the company without disturbing the rights of various stakeholders.

Experts said that the resolution in these cases can only take place when the concerns of each project are addressed separately, including identifying interested developers and investors who can take responsibility and also bring requisite expertise and funds to complete the project in committed timelines and balance interest of creditors of each project. 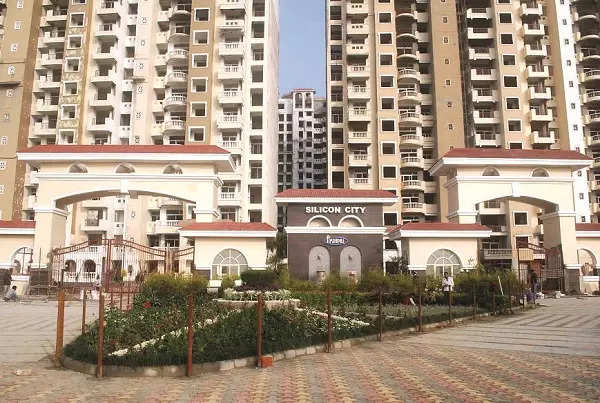 NOIDA: The names of some 1,800 investors in Amrapali projects in Noida who have not yet staked claim to their flats, were published in the newspapers on Thursday.

To resolve the issues of the buyers who had purchased flats in the projects floated by the real estate company in Noida and Greater Noida, the Supreme Court had appointed a court receiver. An inventory of more than 9,500 flats was prepared. Among them, close to 1,800 buyers from Noida are yet to submit their applications to stake claim to their flats.

Officials said that some names of buyers could be fictitious, while some could be people who have shifted to other cities or passed away during the course of events. Such buyers have been given 15 days to come forward and submit the documents to the state-run NBCC in its office in Sector 76. The court receiver appointed by the apex court will examine the documents and update the records, officials said. 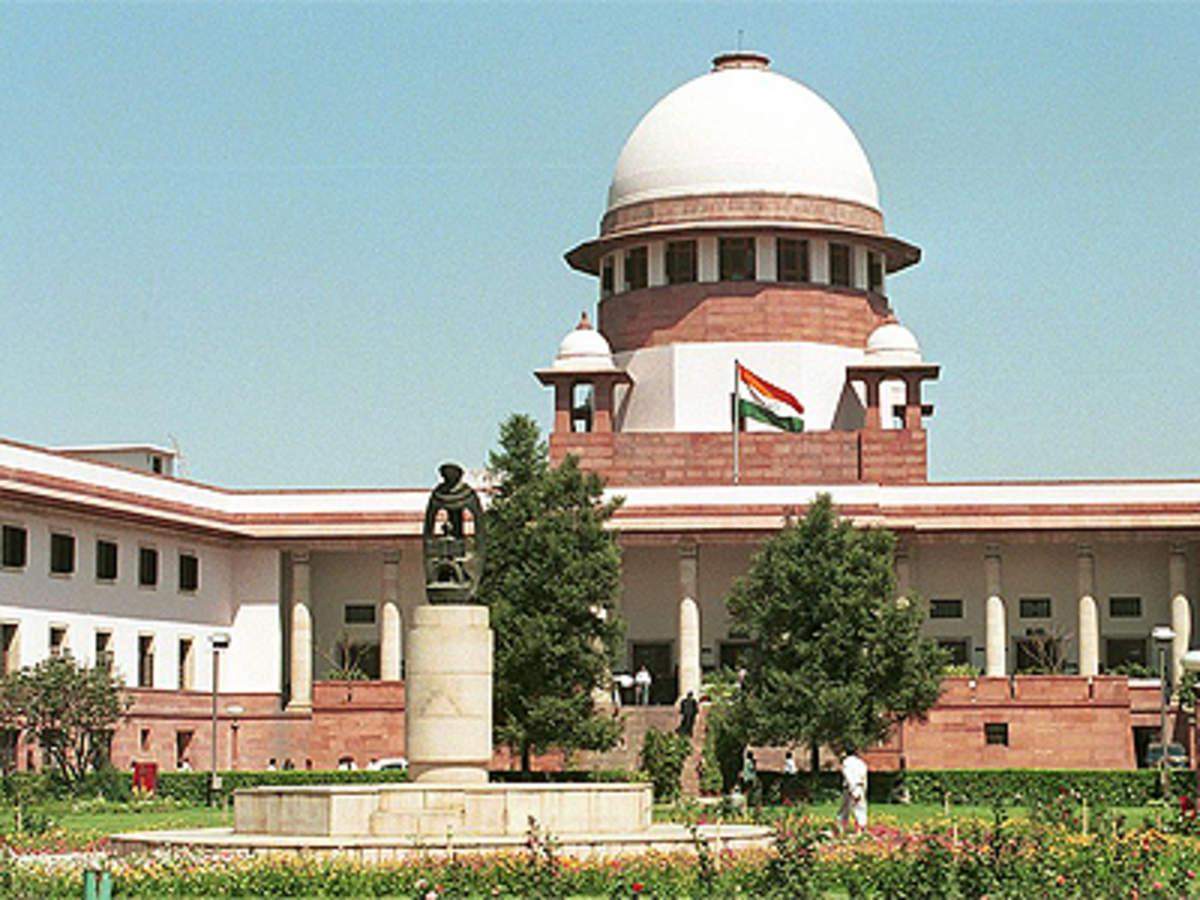 NEW DELHI: The Supreme Court was informed on Friday that nearly 9,600 home buyers, in various Amrapali housing projects, have not come forward to claim their flats.

A bench comprising Justices U.U. Lalit and Ajay Rastogi allowed the plea of the court-appointed receiver to treat these flats as unsold inventory, and if nobody comes forward to claim them, then the next step should be the cancellation of their allotment and auctioning them to raise money for construction of the remaining unfinished projects.

The top court was informed that senior advocate R. Venkataramani, the court-appointed receiver, and the NBCC have made several joint efforts to reach out to all home buyers, to whom units are said to have been sold in various housing projects. According to a note, submitted by the receiver, in the top court, “it has emerged that about 9,583 home buyers have neither registered so far in the customer data maintained by the office of the receiver, nor have made any payments, subsequent to the judgment of the court in July 2019”.

The bench added that a final notice should be given to these home buyers and if they don’t come forward to claim these flats within 15 days, then the receiver can proceed to cancel the allotment. According to the court-appointed forensic audit report, these flats could be benami or bogus bookings.

Venkataramani also informed the top court that 6,210 home buyers, though registered in the customer data, are not making any payment. “Necessary direction is solicited from the court in order that the allotments to such defaulting home buyers shall be treated as cancelled, after giving one final opportunity for expressing their interest in the allotment and making due payment,” added the note.

The receiver further added that substantial amount could be raised by selling those unclaimed flats and it would be helpful in raising funds for the construction of unfinished projects.

The court-appointed receiver is managing the affairs of Amrapali group and exploring all options to raise the funds to complete the unfinished construction of housing project. 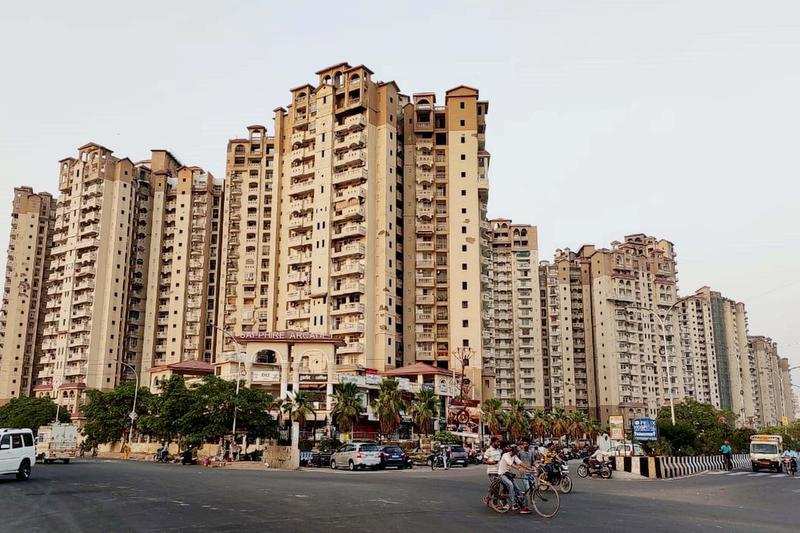 NEW DELHI: The Supreme Court’s intervention by taking over Amrapali to complete the housing projects under its supervision seemed to have not infused much confidence among existing and potential buyers to invest in the Group’s pending projects.

The court-appointed receiver informed the SC on Monday that only 20 buyers showed interest to purchase flats when 52 unsold flats were put on sale recently and only Rs 425 crore have been paid so far by the existing homebuyers though their total dues are over Rs 3,500 crore.

Senior advocate R Venkataramani, who as a court-appointed receiver is managing the affairs of the Amrapali Group and exploring all options to raise funds, told a bench of Justices U U Lalit and Ajay Rastogi that there could be delay in completion of all housing projects and the three-year deadline promised by NBCC needed to be extended.

The court had in July 2019 took over control of the Group and roped in NBCC, which promised to complete construction in various housing projects within three years and sought fund of Rs 8,500 crore. Over 46,000 buyers have invested in Amrapali’s various projects.

Though the construction work is going on at various projects but it likely to be hit by fund crunch as homebuyers are not paying their dues and purchasers are not coming forward to buy through auction of assets of Amrapali Group and its directors, which are to be sold as per the SC order.

Advocate M L Lahoty, appearing for homebuyers, told the bench that various orders passed by the court were not being complied with. He informed the bench that SBI Capital had promised in September last year to infuse around Rs 625 crore on the court’s persuasion but the amount has not so far been released.

“In spite of repeated assurances given by various banks and the consequential orders passed by the court, most of the banks have not released the required funds to the buyers and consequently, the homebuyers, mostly from their own sources, managed to deposit Rs 450 crore out of the total Rs 3,624.65 crore due from them,” Lahoty said while pleading the court to direct various authorities, including banks, to comply with its order.

He said recovery of Rs 912.72 crore from directors, CFO and other relatives of promoters/directors was yet to be done and NBCC should also undertake the task to sell unsold inventory of Amrapali Group as it could fetch Rs 2,337 crore.

The receiver, however, said he is taking all steps to generate funds but the process got delayed because of the Covid pandemic and assets were not being auctioned as people are not showing interest in purchasing the property at market price. Agreeing with the contention of the receiver, the bench said there was need to galvanise the process and decided that it will hear the case on every Monday to monitor the developments and pass appropriate orders to streamline the process.