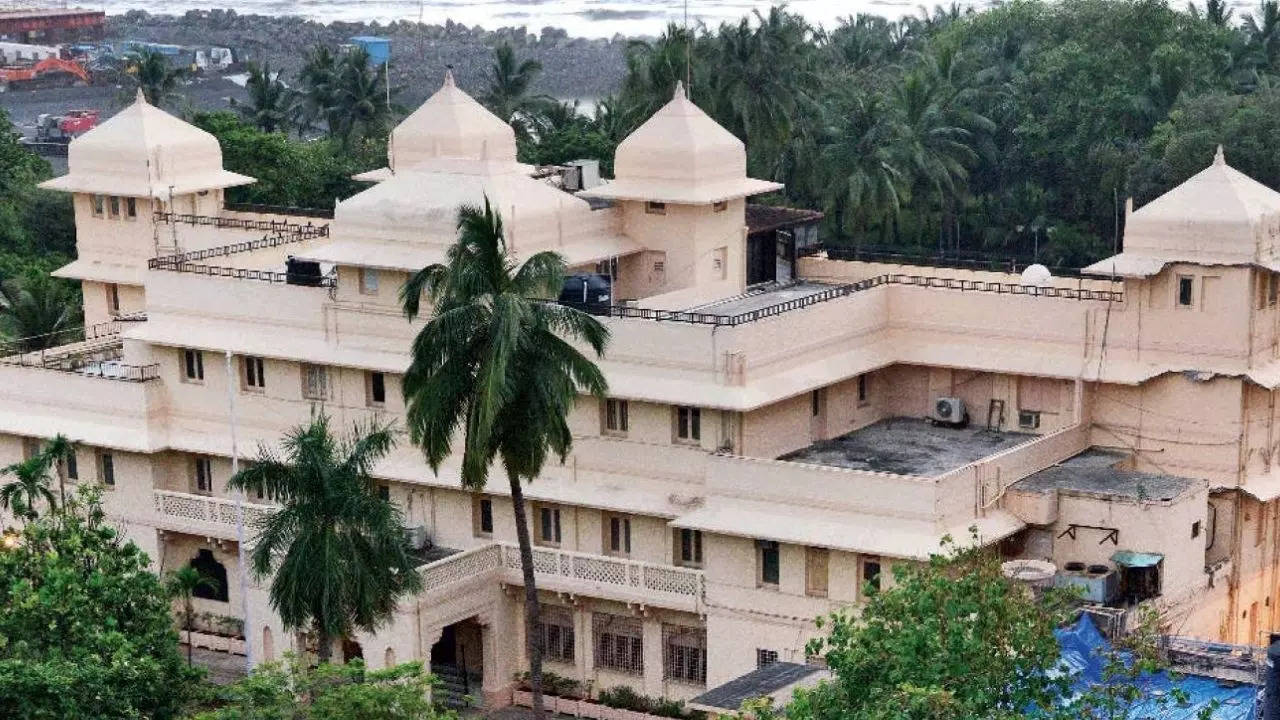 MUMBAI: Six years after he successfully bid for the sprawling US consulate property at Breach Candy, India’s vaccine king, Adar Poonawalla, hasn’t been able to move into his Rs 750-crore acquisition.

Reason: The Indian government has so far refused permission for the 2015 sale of the two-acre, sea-facing mansion built by the Maharaja of Wankaner in the late 1930s.

The property was given on a 999-year lease to the US government in 1957. The US consulate operated from the Breach Candy premises called Lincoln House till about a decade ago before it was shifted to a much larger property in the Bandra-Kurla Complex (BKC).

Poonawalla, CEO of the Serum Institute of India, is believed to have already paid a substantial chunk of the Rs 750-crore winning bid. He told Mirror: “It is now for US and India to decide. I have nothing to do with it. Till they decide I am nobody in the picture. So, they have to take a call in the matter. I don’t want to comment and there is nothing I can do or say on the matter either.”

When asked if he planned to back out of the deal, he said, “No comments.” It is learnt that the agreement allowed Poonawalla to back out by August-end, 2021.

In a statement to Mirror, a US consulate spokesperson said: “With respect to the US Consulate property in Mumbai known as Lincoln House, we are working with the Government of India to reach a satisfactory agreement to complete the lease transfer of the property.”

It is the defence estates department under the Union ministry of defence, which has stalled the deal since 2015, claiming the land belonged to it.

Two years ago, Adar had told this correspondent that this department had been holding on to the permissions without citing any reasons. “This is bureaucratic harassment,” the CEO & ED of Serum Institute of India and son of industrialist Cyrus Poonawalla, had then said.

Adar had met two defence ministers, Manohar Parrikar and Arun Jaitley, who both passed away, to resolve the issue. Despite their assurances, nothing moved. An email Mirror sent to the defence estates department remained unanswered.

Recently, the New York Times reported that top officials in the US government took it up with the Indian government including former secretary of state Mike Pompeo who wrote to the external affairs minister.

In 2011, the US government had set a reserve price of Rs 850 crore for the three-storied consulate building but had found few takers because of development restrictions.

In 2012, Tata Housing Development Company (THDC) had emerged as the front-runner for Lincoln House and had almost matched the reserve price of Rs 850 crore.

However, the deal did not progress further because of regulatory issues.

The property has a large piece of open land in its sea-facing backyard, which housed a tennis court and a small garden patch. It is a Grade-III heritage property. 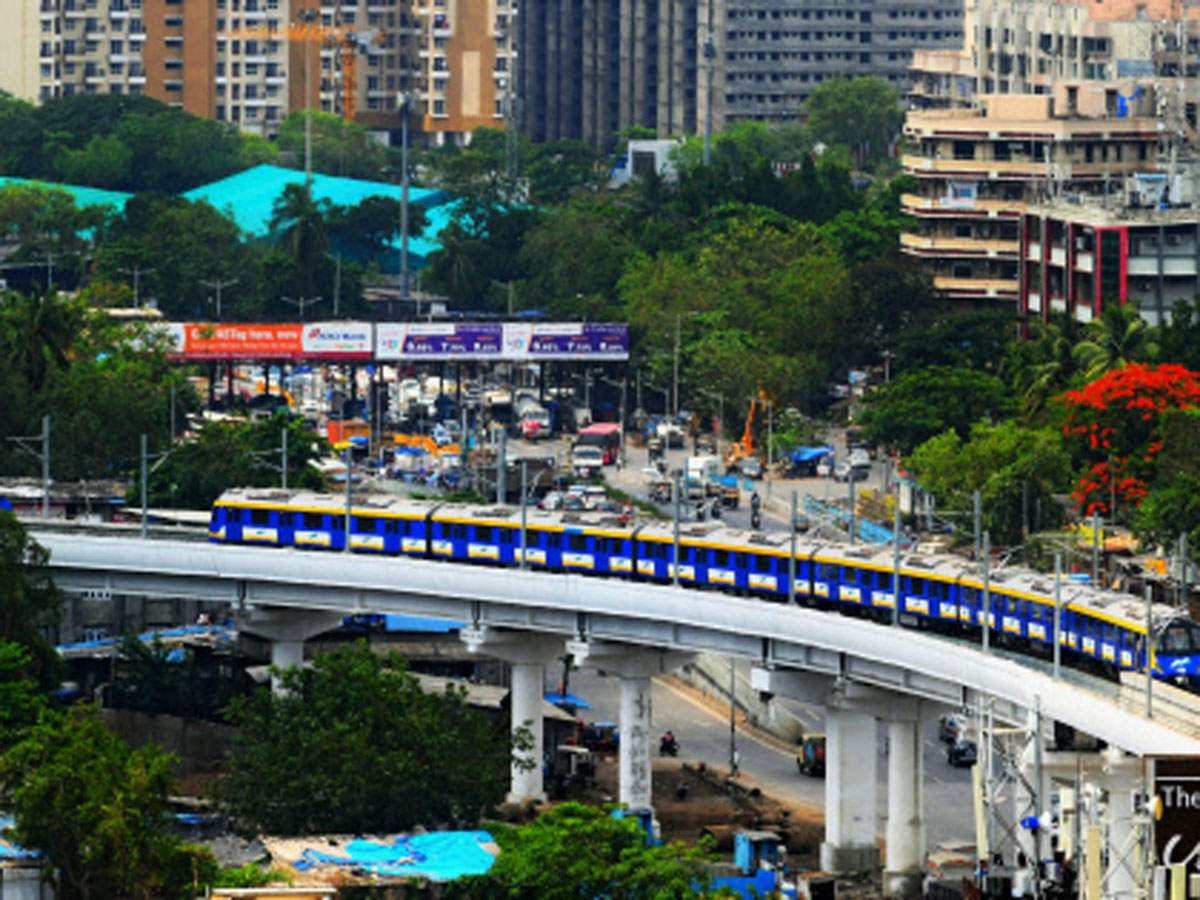 MUMBAI: A day after Maharashtra Chief Minister Uddhav Thackeray gave the go ahead, the Mumbai Metro Rail Corporation Ltd (MMRCL) on Friday said it plans to start trial runs for the Mumbai Metro 3 line by early 2022.

The state government has permitted the MMRCL to create a temporary facility – a train delivery and testing track area for the technical trials of the prototype 8-coach trains due to arrive here by December, said MMRCL Managing Director Ranjit Singh Deol.

After a two-week period to assemble the train coaches, by January 2022, the trials for the Colaba-Bandra-SEEPZ fully-underground Mumbai Metro 3 corridors shall start, he added.

The trials will be conducted from the mouth of a ramp on the west of the Marol-Maroshi Road in Andheri east, in an area vacated by diversion of the road to an upcoming underpass.

The ramp – which connects the underground part of the Metro line with the surface – coming up here is around 225 metres long.

Presently, two metro trains of 8-cars each are ready, a third is being manufactured and for the testing programme of the prototype train, the parking will be at at the temporary facility at Marol-Maroshi Road, said Deol.

The development comes amid apprehensions that a Centre-State tug-of-war for the car-shed depot may delay the project by two years while an alternative site is being acquired for the prestigious Mumbai Metro Line 3.

Thackeray has also directed the MMRCL not to chop a single tree in the Aarey Colony area – which was rejected as the original proposed site for the car-shed – and instead build the ramp in Marol-Maroshi Road for conducting the train trials.

The manufacturer, Alstom, has already conducted technical trials of the 8-car trains in SriCity, Andhra Pradesh, and now the trains will be coming to Mumbai for rigorous trials of 10,000-kms before the Mumbai Metro 3 operations begin with 31 trains.

Currently, 97 per cent of the tunnel work and around 70 per cent of the civil works for the Line 3 is ready and the technical trials of the prototype train would mark a major milestone, said Deol.

Incidentally, through a NITI Aayog delegation which visited the state recently, Thackeray again appealed to Prime Minister Narendra Modi to intervene and end the tussle of the Kanjurmarg site selected for the Mumbai Metro carshed, which is stuck in a legal dispute. 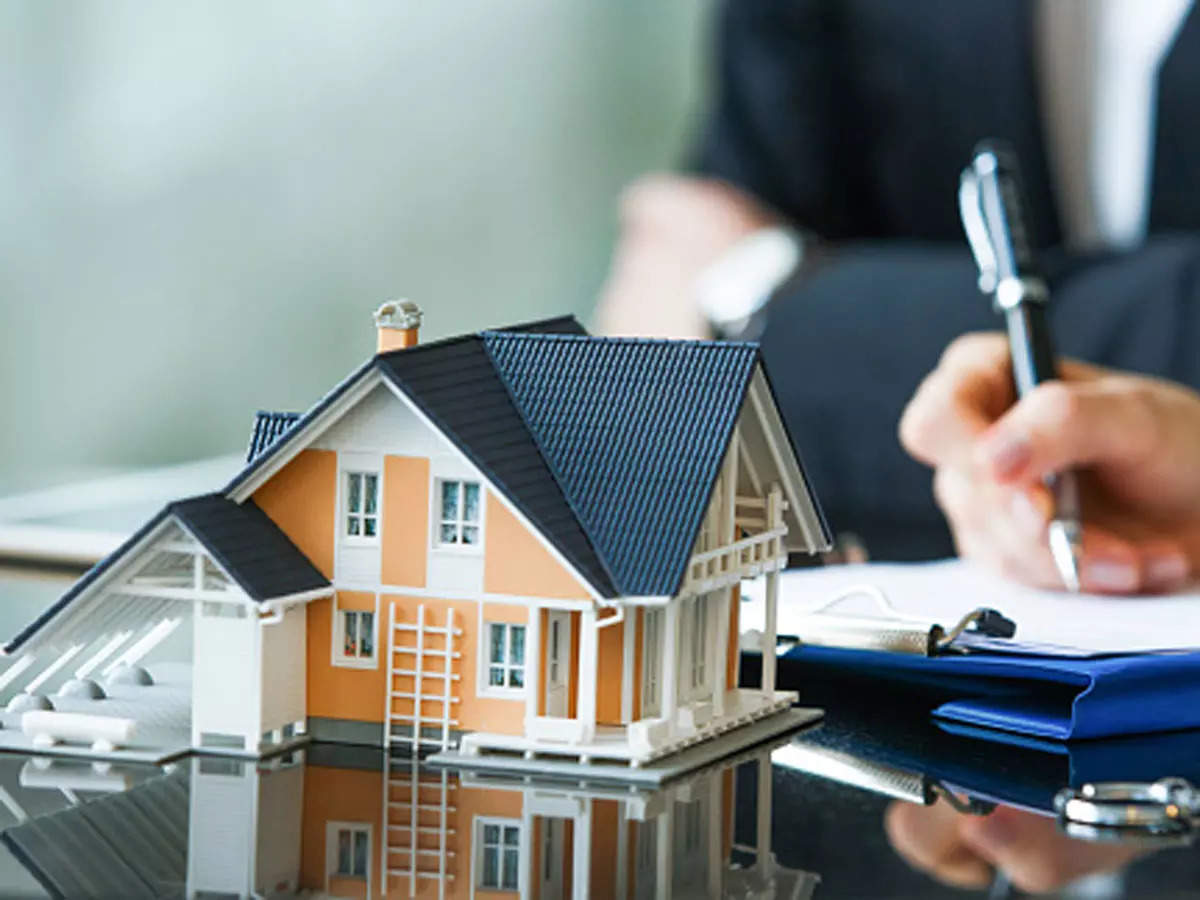 NEW DELHI: Godrej Properties has entered into an agreement to redevelop a land parcel in Wadala, Mumbai. Spread across 7.5 acres, this project will offer about 1.6 million sq ft of saleable area comprising of residential apartments, the company said in a BSE filing.

The company had recently sold homes worth Rs 575 crore in second phase of its project Godrej Woods in Noida.

It had reported a consolidated net profit of Rs 17.01 crore for the first quarter of the financial year 2021-22 as against a net loss of Rs 19.26 crore in the corresponding quarter previous year.

The Mumbai bench of NCLT on July 29, 2021 approved the merger of Godrej Landmark Redevelopers with Godrej Projects Development (wholly-owned subsidiary of Godrej Properties), however, the company has not received the final order till date, it had said in the regulatory filing. 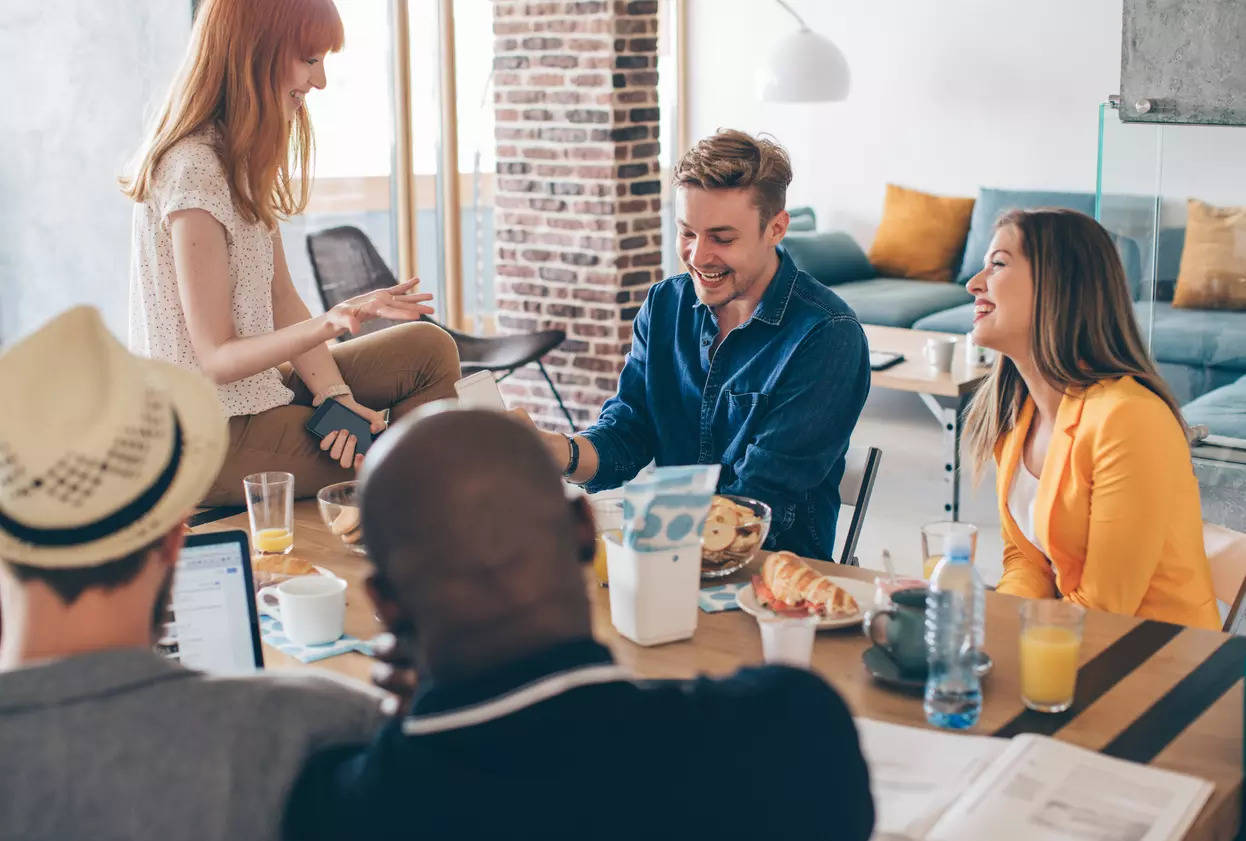 CHENNAI: When Mumbaikar Mamta Solanki moved to Bengaluru for work in 2019, she shared a flat with other women. But when the pandemic broke out, her flatmates moved out. That’s when she decided to give co-living a try. Today, the tech consultant is glad she did, as her expenses have halved, while she gets to enjoy the same, if not better, standard of living.

“Earlier, I had to pay `15,000 for just rent and maintenance. Now I pay half the amount for a twin sharing room in a furnished 2BHK, which covers electricity, water, a fully stocked kitchen and access to a vibrant community of young professionals,” she says.

In India, the concept of co-living facilities began catching on a few years ago. Designed to cater to students and young professionals, they offer monthly rents ranging from Rs10,000 to Rs20,000 including water, electricity, Wi-Fi, housekeeping and use of common areas and amenities. They do not have the restrictions of a PG or the hassles of maintaining an apartment. And while the sector did take a hit during the pandemic, co-living facilities are back in demand as people return to offices.

Rahul Baliga, co-founder of Bengaluru-based FF21 which began operations in 2017, says, “People want to move away from the traditional PG accommodation as they find it restrictive and not up to their standards of hygiene. Also, they offer no spaces to socialise.”

Today, FF21 operates eight buildings with 1,100 beds. “Each building has tastefully done common areas — lounge, dining rooms, home theatre, game room, terrace as well as little nooks to chill,” he says, adding that the demand is picking up. “We are seeing 10%-15% growth every month since May.”

Priya Atri, co-founder of Convivo, a marketplace for co-living where companies can list their properties, says, “Our clients are mainly students and single working professionals. People are looking for flexibility in their living arrangements; many want to take it up for just a month or two,” she says. Facilities ensure their staff are vaccinated and ask occupants to produce vaccination certificates.

Abhishek Tripathi, co-founder of Settl that launched in August 2020 and has 13 properties in Bengaluru and Hyderabad, says the aim is to make city living effortless. “People move to cities for work and renting an apartment means paying security deposits. Also they don’t want the hassle of doing household chores,” he says.

There are facilities to meet every budget. Casa Grande, which launched Staylogy this January, has 11 fully furnished 5BHK villas in Chennai’s Perungudi area. “Since it is a gated community, residents have access to the gym and swimming pool,” says K Dharaneshwaran, assistant sales manager, Staylogy.

With people still sticking to safety protocols, the demand for private rooms and studios has risen. According to a recent survey by Colive covering 20,000 respondents, around 91% of the occupiers prefer to live alone as compared to shared living — 82% prefer a one bedroom or studio apartment, 61% prefer private rooms. However, 39%still prefer shared rooms, as it helps them forge new bonds.

The rent depends on how many people share a room. “The monthly rent is `10,500 for four-sharing and includes electricity charges, Wi-Fi, and housekeeping. For single sharing, it is `20,500,” says Dharaneshwaran. “They have to pay a month’s deposit and give a month’s notice.” A bed in a studio apartment in Settl is `11,000 per month.

With many women opting for such facilities — FF21 has 56% men and 44% women occupants while Settl has 60% men and 40% women residents — properties offer separate floors for men and women with access-controlled doors and CCTV cameras. They are also concentrating on fostering a sense of community. “After experiencing lockdown and loneliness, people feel the need for it,” says Tripathi. “We have set up co-working spaces where people can network.”

Settl also has initiatives to bring residents together — jamming sessions, barbecue nights and bootcamps for professionals, such as a recent one on personal wealth management, and fitness activities such as Zumba and cycling events. Hitesh Hingorani, who recently moved from Jaipur to Bengaluru for work, says he enjoys the facilities that come with such spaces. “It has a workstation, game room with TT and pool tables, so it’s a big draw for young people,” says the 24-year-old software developer.