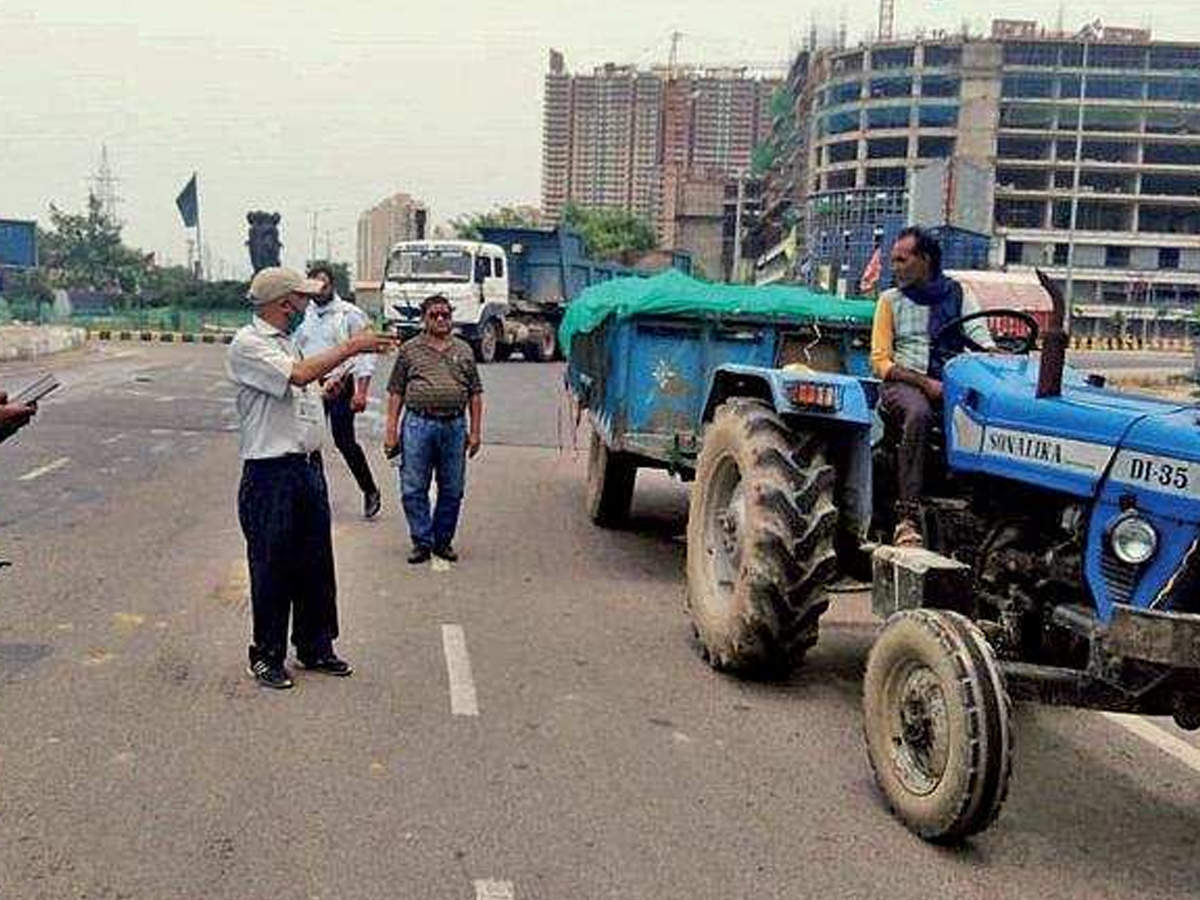 GREATER NOIDA: Over the past fortnight, officials of the Greater Noida Industrial Development Authority (GNIDA) have seized six tractor-trolleys which were illegally dumping waste in its green belt.

The drivers and cleaners of these vehicles disclosed the names of certain high-rise apartments located within Crossings Republik township in neighbouring Ghaziabad from where the garbage was collected for disposal.

GNIDA has now written to the Ghaziabad Development Authority (GDA) providing details of the buildings from where the garbage was collected and has asked it to take action. Chief executive officer of the GNIDA, Narendra Bhooshan said that a complaint against the vehicles has been lodged with police. “We will also follow up with authorities in Ghaziabad to put a check on this menace and issue warnings to housing societies which are dumping waste in the open,” he added.

GNIDA officials said the tractors crossed the Shahberi furniture market and dumped the waste in the green belt parallel to 130-metre road near Ek Murti and Tilpata Chowk. “We managed to identify six vehicles during an inspection over the past two weeks. They were seized and will be handed over to the police,” said an official.

Among the six vehicles, only two tractors had proper registration plates while the registration details of the remaining four have been sought from the transport department in both Noida and Ghaziabad.

Meanwhile, residents of Crossings Republik stated that proper garbage disposal is a big problem particularly in those buildings which have not been handed over to the residents. Also, since the Ghaziabad municipal corporation is yet to take over the locality, residents have to make arrangements of garbage disposal on their own.

Crossings Republik Township comprises 29 high-rise buildings with around 15,000 flats. President of Crossings Republik Owners and Members Association (CROMA) Tarun Chauhan said, “Residents pay the tractor owners for transporting the waste to a landfill site. It is usually disposed of in Pratap Vihar, but some of them go towards Greater Noida Extension since it is nearby and they save money.”

Tractor owners charge Rs 1,200 to Rs 2,000 for disposing of the unsegregated waste.