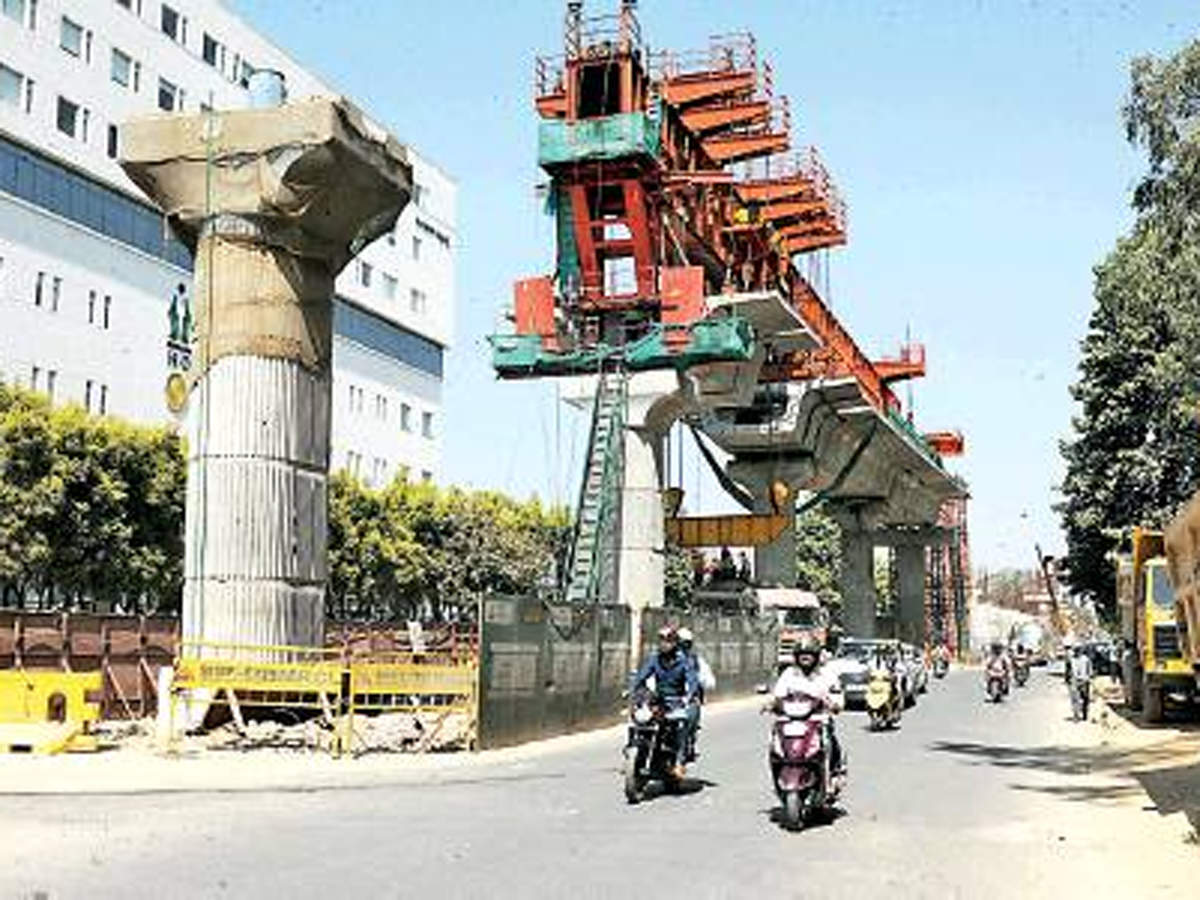 In 2017, BMRCL had awarded the contract for the 15km elevated Byappanahalli-Whitefield corridor to ITD Cementation India Ltd and it was supposed to be ready by 2020. The deadline was extended to August 2021 and has now been revised to June 2022. The corridor under Metro’s Phase 2 is an extension of the existing Purple Line (Mysuru Road-Byappanahalli) and will have 13 stations.

BMRCL statistics show 95% of civil work between Seetharampalya and Whitefield has been completed till October. For the Byappanahalli-Seetharampalya section, the figure is 80%.

Pabitra Roychoudhury, project manager, ITD Cementation, said: “The work was taken up in a heavily congested area but we took all safety precautions. The section has critical curves but we successfully completed it with BMRCL help.”

But it’s still not clear whether BMRCL will commence commercial operations between Seetharampalya and Whitefield instead of waiting for commissioning of the entire line. Experts say it could start services once the Kadugodi depot work is over. In October 2019, BMRCL had awarded the contract for construction of depot structures, site development work, internal roads and drainage to Vascon Engineers Ltd at a cost of around Rs 160 crore. The work is supposed to be completed in two years.

However, land acquisition between Byappanahalli and KR Puram is mired in legal wrangles. Officials said they are yet to acquire 61 properties and need permission to relocate around 60 trees near Benniganahalli Lake. “We are planning to acquire the properties for road widening work between Jyothipura and KR Puram railway station, which is expected to be completed by December. We are yet to get nod to remove the trees,” said a BMRCL official.

BMRCL sources said since Benniganahalli station may get delayed, they are planning to operate trains between Whitefield and Byappanahalli via KR Puram without the station. It will be constructed later. Managing director Ajay Seth was unavailable for comments.

Three Metro lines — Byappanahalli-Whitefield, ORR-Kempegowda International Airport and depot entry line — will pass through Tin Factory junction. The section between KR Puram station and Tin Factory will have a six-lane road on the southern side and five-lane one on the northern side. A two-lane additional flyover from Tin Factory to Kasturinagar is also part of the road infrastructure, the official added.