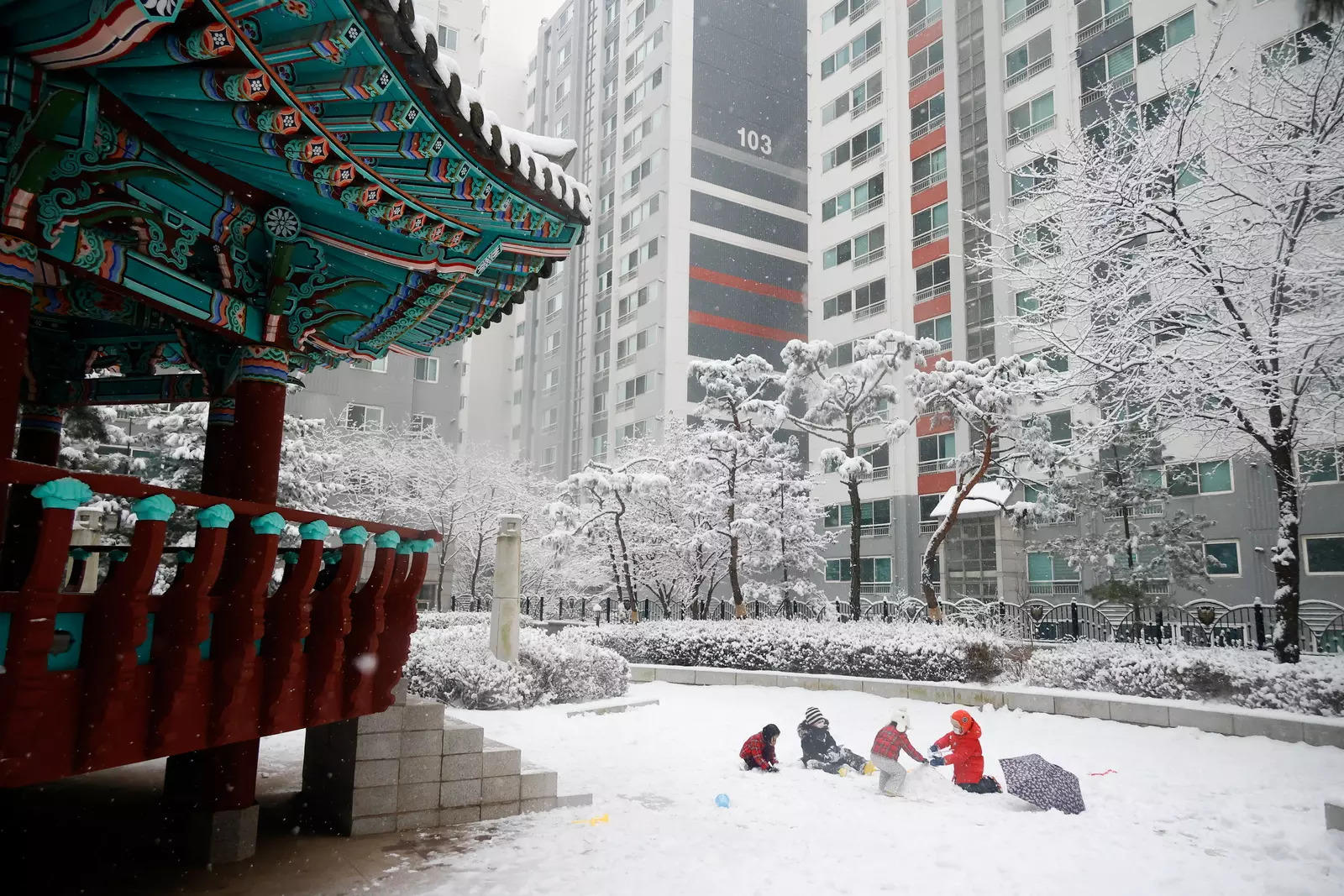 SEOUL: South Korea said on Thursday it would significantly ramp up construction of new houses across the country in coming years to tackle surging home prices, a plan that would increase the number of dwellings in Seoul by 10%. President Moon Jae-in‘s government said it will add 830,000 new homes by 2025 across the country, 320,000 of which will be in Seoul.

The measure is the 25th by the left-leaning Moon administration to slow soaring home prices and comes as both sales and rental prices surge despite tighter mortgage curbs and heavier real estate taxes.

The move suggests the policy focus is shifting to boosting supply after efforts to discourage demand through loan curbs and taxes failed to calm the market.

The runaway home prices have wiped out a surge in President Moon’s approval ratings from the handling of the COVID-19 pandemic, and are biting on his party’s support ahead of April elections to pick the mayors of South Korea’s two largest cities, Seoul and Busan.

President Moon’s Democratic Party is fighting to retain both offices as the main opposition conservatives pick up momentum with criticism of his failures to deliver on his economic policy pledges.

“It’s some serious supply that will be enough to address any fears about home shortages,” said Yeo Kyoung-hui, a property market analyst at Real Estate 114 Inc.

“But until the government comes up with a list of specific suburbs and compensations for native residents who will need to move out for new construction projects, the number looks vague.”

As each measure has failed and backfired on Moon’s approval rating, policymakers have said the unexpected increase in the number of people living alone could explain the soaring demand for homes.

Between 2016 and 2019, the number of single-person homes increased by 13% to make up about a third of all households, while the nation’s population edged up a mere 1.2% to 51.8 million, Statistics Korea data showed.

South Korea’s population fell in 2020 for the first time on record, and is set to decline faster as its fertility rate is the lowest in the world.

“Stabilising the real estate market is a top priority, not just because we need to stabilise asset prices but also for housing welfare, to address income inequality and keep workers motivated and society stable,” Finance Minister Hong Nam-ki said in a policy meeting.

Thursday’s measure included relaxing rules capping the height of buildings in downtown areas and loosening regulations on the reconstruction of old apartments, to incentivise the conversion of low-rise villas into high-rise apartments that can house more families.

State-run developers will lead construction projects from acquiring land to applying for building permits, and the government hopes to shorten the length of those processes to about 5 years from 13 years currently.