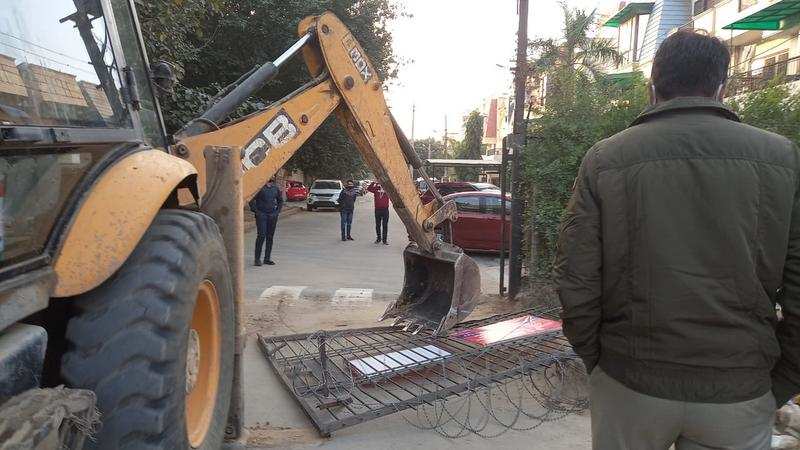 GURUGRAM: After fighting for over two years to unblock revenue road, the residents of BPTP Park Serene in Sector 37D finally won the battle against the developer as the department of town and country planning (DTCP) demolished the wall and cleared the encroachment on Monday.

Residents had raised concerns at various platforms, including CM window and sought action against the encroachment on the revenue road. They had said that they were facing inconvenience while commuting on a daily basis.

The action is part of the plan to resolve 100 complaints registered with CM window complaints within a month. District town planner (enforcement) RS Batth said that the wall has been demolished and encroachment has been cleared from the revenue road. “We had received the complaint through the CM window as well as residents. The enforcement team took action after conducting a survey of the area,” he said.

Elaborating on the process, a resident said, “We had filed complaints with the CM window against the developer for encroachment upon revenue road by erecting walls and other irregularities in the project.” He added that for over two years, residents had been fighting for opening the revenue road, which was closed by builder management in an illegal manner.

Another resident said that the revenue road was the only alternate route for the residents in case of any calamity, therefore it was much needed.

There are around 406 flats in the project and another 1,100 units would be added as two more societies are being developed within the premises. In that scenario, it had become more important to make the revenue road clear and fit for use, residents said.

Meanwhile, the enforcement team also removed illegal gates erected by the residents association in Uppal Southend on Sohna Road and Sector 70A. Assistant town planner Ashish Sharma said that around six complaints were received through the CM window where residents had complained about illegal gates and roundabouts causing inconvenience and slowing down flow of traffic.