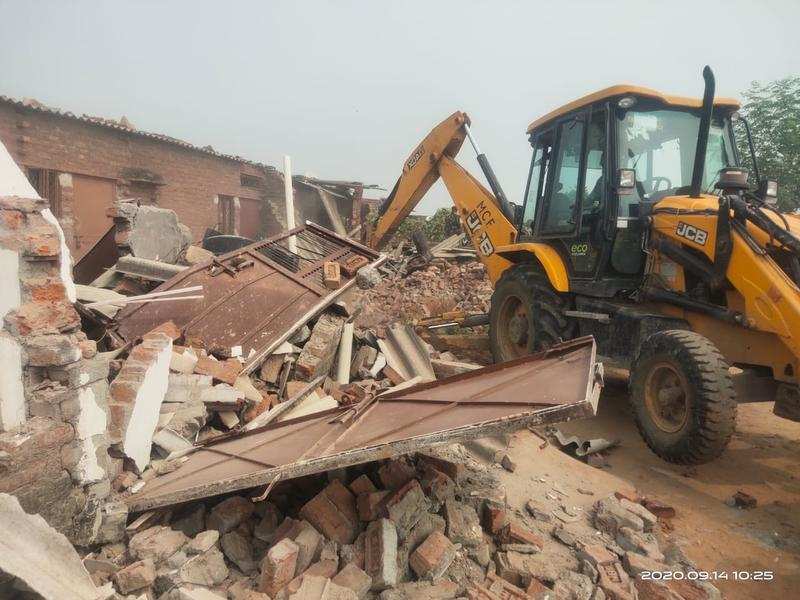 GURUGRAM: A team from the Municipal Council of Sohna on Wednesday razed 15 unauthorised structures at Ansals Aravali Retreat in Raisina. This is the first such demolition drive in the area.

The move comes after the National Green Tribunal (NGT) had in August directed the Haryana government to restore ‘forest’ in Raisina hills of the Aravalis by January 31. More than 400 farmhouses are located in the area.

“We demolished 15 structures. There have been several violations in the area in the past few months. We will carry out the drive again if required,” said a senior official from the municipal council.

After a survey was conducted in the area, 195 show-cause notices were issued in June 2019 to farmhouse owners over unauthorised construction in the Aravalis. Most of these farmhouses are in Ansals Aravali Retreat.

On the NGT’s directions, the Gurugram administration had in June last year replaced the term ‘gair mumkin farmhouse’, which had found its way into the revenue records and helped farmhouse owners skirt provisions of the Aravali Notification that came into force in 1992, with the original term ‘gair mumkin pahad’ (uncultivable hill).

Under the Union environment ministry’s Aravali Notification, ‘gair mumkin pahar’ is protected land where construction of buildings, roads, electrification and cutting of trees is not permitted. The change in the revenue records removed the shield farmhouses had despite being illegally built. It, however, did not impact the land’s ownership. What it did, though, was to bring this land unequivocally under clauses of the Aravali Notification and disallow any ‘non-forest’ activity. It was also seen as a deterrent for new construction. 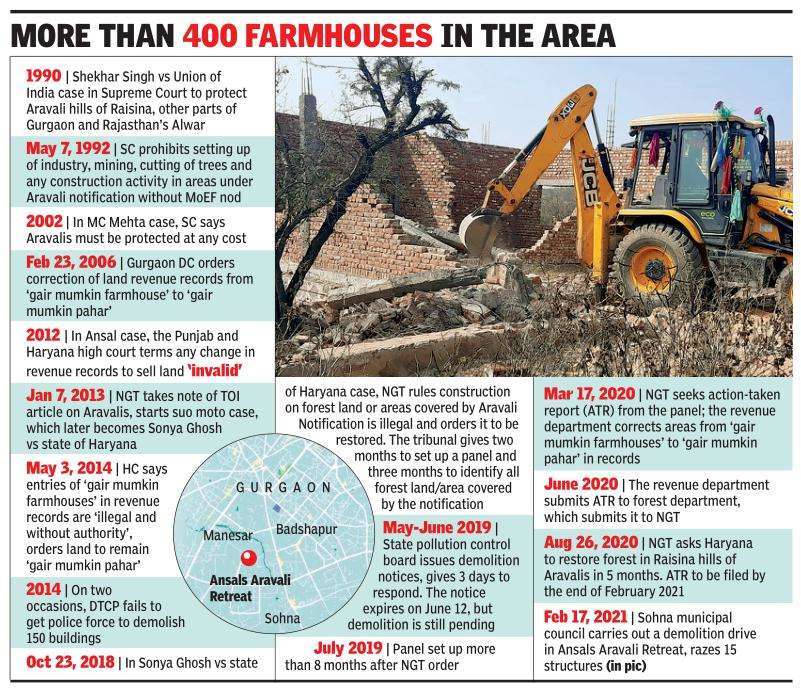 Farmhouse owners at the Retreat said the matter was sub judice and the land was purchased from private owners. It was never part of any kind of forest area and is not notified under the Punjab Land Preservation Act (PLPA), they claimed. They further said the developer, Ansals, purchased 1,200 acres of land from several private owners between 1989 and 1990, and at the time of purchase, the land was neither recorded as a forest nor notified as a ‘controlled area’.

“The Aravali Retreat project is not covered under the Aravali Notification, so the question of its violation or implementation of NGT directions doesn’t arise. The notification doesn’t ban construction completely and allows it with prior sanction,” said Sharad Mohan, a farmhouse owner.

Environmentalists, meanwhile, welcomed the move and said this will pave the way for more such action in the future. “Farmhouse owners were served show-cause notices in June last year with a three-day deadline to respond. It took eight months for the district administration to move an inch,” said Col S S Oberoi (retd), an environmentalist.

The crackdown on “illegal construction” in the area began after NGT took suo motu cognisance of a January 7, 2013 TOI report, titled, ‘How private players grabbed forest land in the Aravalis’. It later became the Sonya Ghosh vs state of Haryana case. “Construction on forest land or area covered by the Aravali Notification is illegal, and such forest land has to be restored. In view of the above, any construction raised on the forest area or the area otherwise covered by notification, dated 07.05.1992, without permission of the competent authority (after the date of the said notification) has to be treated as illegal and such forest land has to be restored,” it had said.