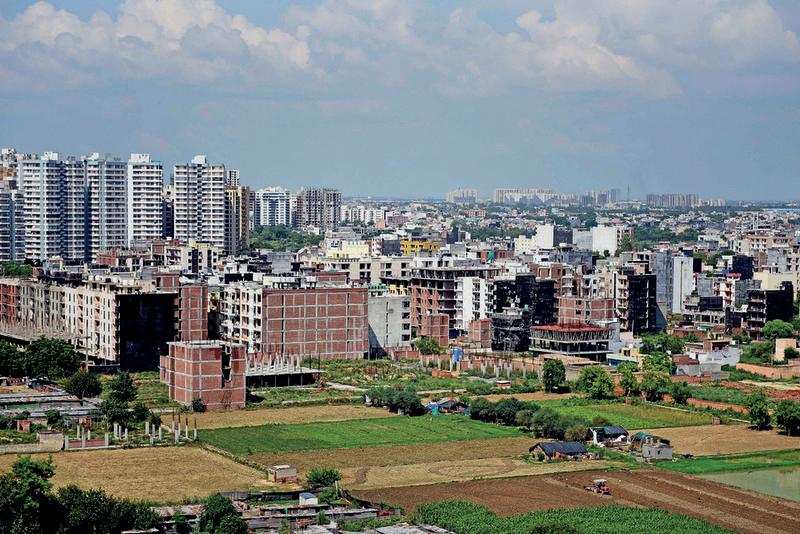 NOIDA: A group of Shahberi residents in Gautam Buddh Nagar district has written to Supreme Court Chief Justice Sharad Arvind Bobde, urging his intervention in resolving their issues and providing them with alternative homes

The residents, in the latter, have stated that they were duped of their “hard-earned” money by builders who sold them flats illegally in an area that was notified under the Greater Noida Industrial Development Authority (GNIDA).

Copies of their representation, which also contain property documents and sale advertisements by builders, among others, have been sent to Allahabad High Court Chief Justice Govind Mathur, Union Home Secretary Ajay Kumar Bhalla, UP Governor Anandiben Patel and Chief Minister Yogi Adityanath, among others.

In their communication, the residents also highlighted reports which stated that many of the multi-storey structures that have come up in Shahberi illegally do not have necessary permissions from the local authority and are “dangerous” for living.

The residents also accused the district police and local authorities of neglecting their appeals.

“We the residents of Shahberi are humbly praying to your good self with folded hands that as the GNIDA has already declared that living in the buildings in Shahberi is dangerous to our life and it is the government’s primary duty to protect our lives and it is our fundamental right to call upon you to resettle us by providing us alternative flats/homes equivalent to our current flats/homes in the nearby location within 8 km to save our life,” the representation read.

“Presently we are paying EMI to the banks, we will start paying the EMI to the government or the authority who will provide us the alternative flats/homes. We are not defaulters… Please provide us alternative equivalent home/flat to save our fundamental right to live with dignity guaranteed under the Constitution of India,” it added.

Shahberi, an urban village in Greater Noida, had come into focus on July 17, 2018, when two adjoining buildings in the area collapsed on each other, leaving nine people, including a child and two women, dead.

Subsequent probe by the administration and local authorities found that the buildings had come up illegally and without any proper approval, as did several others which mushroomed over the years in Shahberi, less than 50 km from Delhi.

Last year, a Special Investigation Team (SIT) was formed to probe illegal constructions in Shahberi. An official, part of the SIT, in July, told that there were around 80 FIRs lodged and action taken against approximately 50 builders till January 2020.