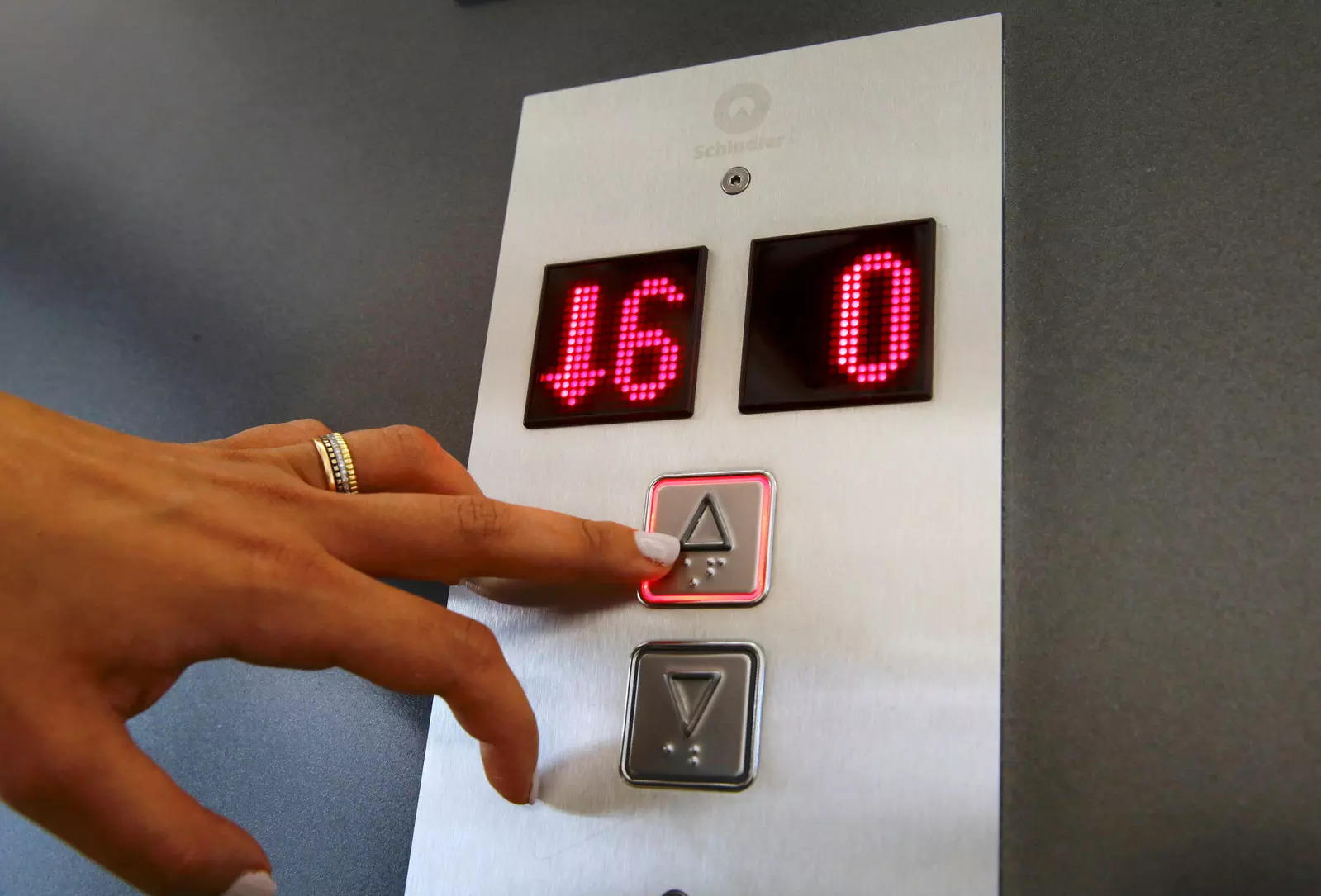 GREATER NOIDA: Around 150 families residing at Elegant Ville in Noida Extension woke up to a surprise as the builder responded to their appeals for a second lift by sticking a life-size ‘lift’ sticker to cover the gaping cavities residents had pointed out were a safety hazard.

Around 600 flats in the project are incomplete and out of six towers, the project has only three complete towers. The three towers of the project where buyers have got possession are currently serviced by only one lift each tower. The project consists 750 flats of which around 150 are occupied since 2017 — the residents are currently living without completion certificates.

The project is also under construction and has inventory waiting to be sold. Residents claimed that they moved in because of “dual pressure of rent and home loan instalments.” With safety compromised, residents have been flagging the dangers of open lift cavities of the buildings as potential ‘accident zones.’ The project was initially sold over in 2010-11 and was supposed to be complete by 2015. The current group of residents only got their flats in 2017 and claimed that despite a large part of the project being incomplete, they moved in because they were ‘financially hard-pressed’.

“The project was supposed to be complete by 2015, they offered us possession in 2017 and said that all pending work would be complete in three months, but so far nothing has been done. At least 20 buyers have also made appeals with UP Rera seeking refund,” Sachin Gupta, a resident told TOI.

According to Gupta, the club, facilities like swimming pool, park, fire safety, STP, parking facilities are all incomplete at the project. The project had also reported a case of fire outbreak in February last year because of faulty electrical panels.

“The builder has put up stickers to cover the lift cavities to make the area safe and prevent accidents and also to give an aesthetic appearance,” said Arif Khan, administration officer at Elegant project.

The residents have been posting pictures of the life size ‘lift stickers’ on social media platforms since Wednesday morning.