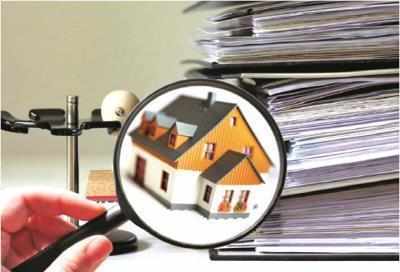 MUMBAI: A Mulund-based businessman has learnt the hard way how the original share certificate showing the transfer of membership of a cooperative housing society is a key document in property purchases, and how any delay in getting it transferred can cost you dearly.

Building materials supplier Ketan Mehta, 51, has been running to different authorities for last three years to save a second flat he purchased in Nahur Vivekanand Co-operative Housing Society, where he lives on the 22nd floor in Mulund’s Sarvodaya Nagar.

On April 2, 2012, Silvex gave the NOC to Vedpathak to sell his flat B/42 on the condition that he withdraw all the legal cases filed against the builder. Mehta decided to purchase the flat for a price of Rs 55 lakh and it was decided by both parties that the agreement value would be Rs 25 lakh, and Rs 30 lakh was to be paid in cash, according to Mehta’s complaint with the Mulund police. The value of the flat is now more than Rs 1 crore.

As per the agreed terms, Mehta made two pay orders of Rs 21 lakh, and Rs 4.25 lakh was paid into Vedpathak’s home loan account at Citi Financial Consumer Finance India Ltd to close his home loan. “After I paid the remaining cash amount, on May 9, 2012, we registered the agreement. Vedpathak told me that he would hand over his original share certificate mortgaged with the bank’s Gurugram office sends it to him. After he received this certificate, his behaviour changed and he started demanding more money,” alleges Mehta. The deal was brokered by Mukesh Karia.

Mehta says when he pleaded with Citi Financial, it refused to entertain his request as a third party till 2018 when it finally issued a ‘No Dues Certificate’ in the name of Dilip Vedpathak, but the address on the certificate shows building 2A/11, the address of Dilip’s brother Rajendra Vedpathak.

Meanwhile, in 2016, the building was redeveloped, and in 2017, Mehta got possession of his own flat on the 22nd floor, but Vedpathak’s flat 1106 was still not in his possession. When he requested the managing committee of the society, the society refused to transfer the flat in his name until he submits the original share certificate, and the No Dues Certificate with correct address.

Mehta then lodged complaint with the Deputy Registrar of Cooperative Societies at MHADA head office in 2017, which gave two orders asking the society to transfer the flat in his name, but no action was taken.

Mehta then appealed to Mumbai Police Commissioner Parambir Singh, who on July 22 directed the Mulund police station to investigate and submit a report in 15 days.

While the police was recording statements of all stakeholders, Vedpathak tried to enter Flat 1106 on October 10, and moved all his belonging into the flat on November 11, forcing Mehta to approach the police again. Silver Developers and the housing society both told the police that Vedpathak had illegally trespassed into the flat.

When Mirror asked Silvex Developers director Prashant Lathia, he said, “This purchase deal happened in 2012, and I came into the company in 2015. So, I am not aware of their transaction. The 1106 flat possession is still with us, and when the society informed us that someone has entered the flat on October 10, we intimated the police. It is up to them to determine if it is a civil case or criminal.”

Rajendra Gudkar, secretary of the Nahur Vivekanand CHS, said, “The flat is still in custody of the developer. When Vedpathak entered, we informed the developer of the illegal trespass, and he intimated the police. In fact, the Deputy Registrar will hear this case again tomorrow, and if he directs us to transfer the flat without these documents, we will comply with the order.”

When contacted, senior inspector Ravi Sardesai of Mulund police station said, “This incident has happened on Saturday midnight, and the investigation is still on.”

Vedpathak, meanwhile, did not appear before the police on Monday, and has switched off both his mobile phones. Despite several calls and messages, he was not available for comment.