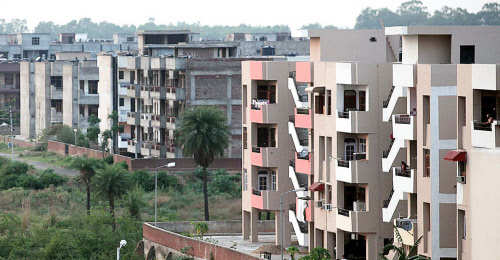 MOHALI: The Punjab government has taken upon the task of doing development work in the district’s residential societies, for which the local bodies department has approved Rs 2.1 crore.

Punjab health and labour minister Balbir Singh Sidhu, who is also the legislator from Mohali, talked about the fund here on Friday. He said that the local bodies department had passed on instructions to the municipal corporation after approving these development works under Section 82 (3) of the Punjab Municipal Corporation Act of 1976.

Sidhu said: “Our efforts to fund development works in the residential societies of Mohali has borne fruit, as the local bodies department has sanctioned Rs 2.1 crore for the task. In the first phase, we improve 14 housing societies.”

The minister said even chief minister Captain Amarinder Singh and local bodies minister Brahm Mohindra had liked the effort of improving parks, internal roads, street lights, and paver blocks. He said: “This is the first government attempt at internal development of the residential societies.”

The health minister said the decision will ensure an equal development of all areas in the municipal limits of Mohali. He claimed to have been raising this issue at the government level for a long time. He wants to project Mohali as a model city in terms of development.