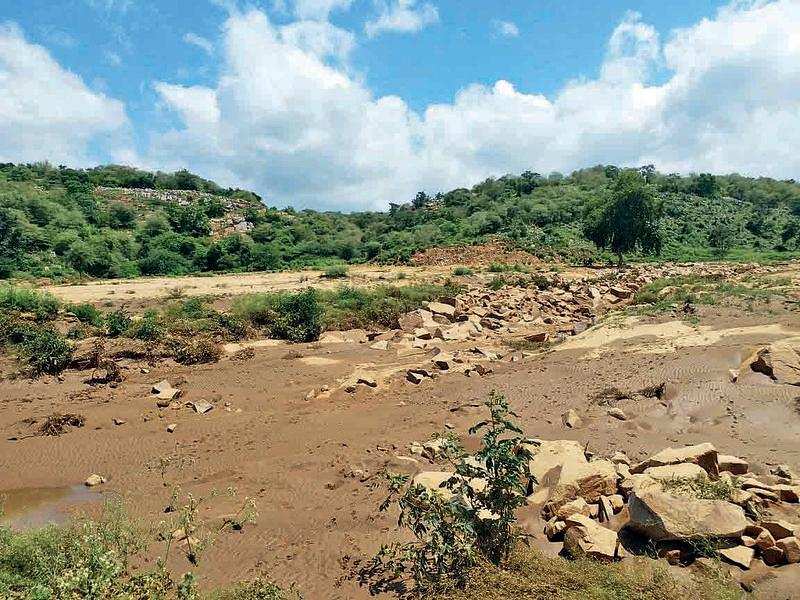 GURUGRAM: Most farmhouse owners managed to get land registries done before the illegal construction of their properties began over 40 acres of land in the protected Aravali areas of Bandhwari, where an entire hill was flattened to build an approach road.

This once again brings the focus on local tehsil offices, which are under a government probe. The Haryana government had last month stopped registries when a spike in illegal land registries was noticed during the lockdown.

It subsequently ordered a probe, suspended six revenue officials in Gurugram and made sweeping changes in the registration process to plug the loopholes corrupt officials had been exploiting.

It remains to be seen whether the same loopholes were exploited in Bandhwari. It wasn’t just an acre or two. Illegal farmhouses came up over 40 acres. And without any of the approvals needed from any of the government agencies.

Multiple farmhouse owners have claimed to have registration papers for the land. All the 50 farmhouses, which were at different stages of construction, have been razed in a three-day drive, which started on Wednesday after the Supreme Court took cognisance of a TOI report about the hill being flattened.

Officials said land records of Bandhwari are now under scrutiny. “How were these land parcels sold and who had executed the registry? All these need to be investigated,” said an official. “More than two-thirds of the land in Bandhwari falls under the Aravalis. In revenue records, it was common village land. But over time, large chunks of this land have been transferred to private ownership and gradually sold to developers.”

“The land owners, in collusion with some revenue officials, managed to manipulate NoC rules and got the registry done without getting the necessary nod from the DTCP,” said a source.

“Even after the registries were carried out, it seems that was no mandatory verification, usually carried out within a week.”

District town planner RS Batth, however, said Bandhwari is notified as an urban area, but the notification is not under Section 7A of the Haryana Development and Regulation of Urban Area Act, 1975, which requires an NoC. “Anyway, we will check all these things. Even if the land owners have got the properties registered, it does not give them the right to carry out construction as change of land use is not possible in the area.”

But farmhouse owners have termed the demolition of their properties “illegal”. “If our properties were unauthorised, why did the authorities register them?” said an owner, requesting anonymity. “We had purchased the farmhouse in 2013. The registry was done by one government agency and now other agencies demolished the same.”