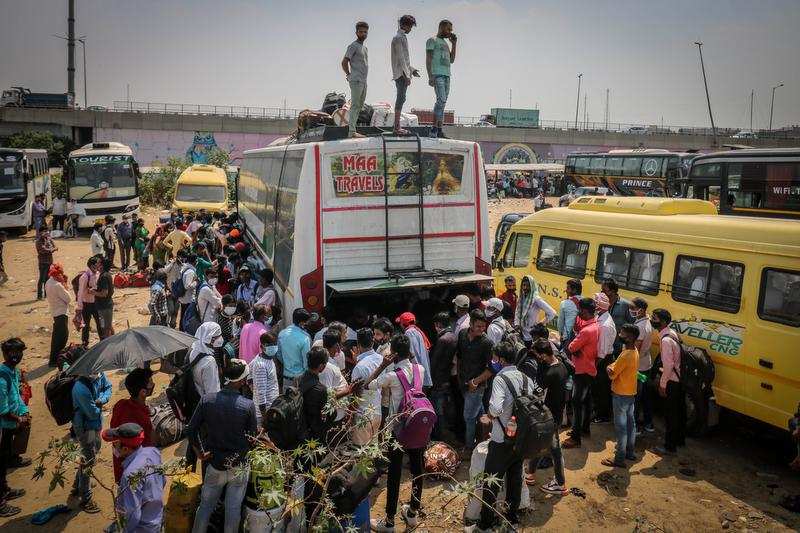 GURUGRAM: As migration of daily wagers and construction site workers catches pace, big public infrastructure projects in the city are staring at delays in meeting the deadlines as the work productivity has dropped significantly over the past few days.

Projects like the Huda City Centre flyover and underpass, the refurbishment of Atul Katariya Chowk intersection and the U-turn underpass on the Delhi-Gurugram Expressway have already revealed that they may not be able to meet their deadlines as the work output is down to 50% to 60% and it is only going to get worse in the coming days.

At many places, over 50% of migrant workers have already returned to their home states or districts, while at other sites they are leaving in small batches.

Speaking to TOI, government officials and project concessionaires said that in spite of repeated attempts by them and the state government, the lockdown in the national capital and increased restriction on public movement in the state have initiated the migrant exodus in the city. Over the past two days, the attendance sheets at the project sites have been recording fewer workers and the work pace has gone down.

For instance, at Huda City Center flyover and underpass, the project contractor has already informed GMDA that it may not be able to meet the extended deadline of July 2021. The labour contractors have been fretting about the decreased strength of workers, forcing the project contractor to deploy officials to dispel fear and anxiety among the workers.

“Nothing is working. These workers are very unpredictable. They may agree not to leave in the morning but at night when they talk to their friends in different cities and states, they change their minds and leave the next day itself. In the past one week, our worker strength has reduced from 80 to mere 30. Those who had gone to West Bengal for voting too have refused to come back,” said an MG Contractor official.

Similarly, the U-turn underpass near Ambience Mall may also be delayed from its extended deadline of May 15. Earlier this month, TOI reported that the NHAI had asked the contractor to complete the construction work by end of April and open the underpass for traffic latest by May 15.

An official of RK Contractor, in-charge of the U-turn underpass, said, “We are pushing our limits to still meet the deadline. But the reduced manpower is not working in our favour. Workers who went home last month to celebrate festivals aren’t coming back and those working are leaving in batches. We have managed to ensure that a majority stays back but we can’t hold them for long if the Covid situation continues to worsen.”

“Our workforce has reduced by 50% and this has led to decreased productivity. Also, due to curbs in Delhi, many are not able to report to work timely,” said an official of Deepak Builders, contractor for Atul Kataria junction revamp.