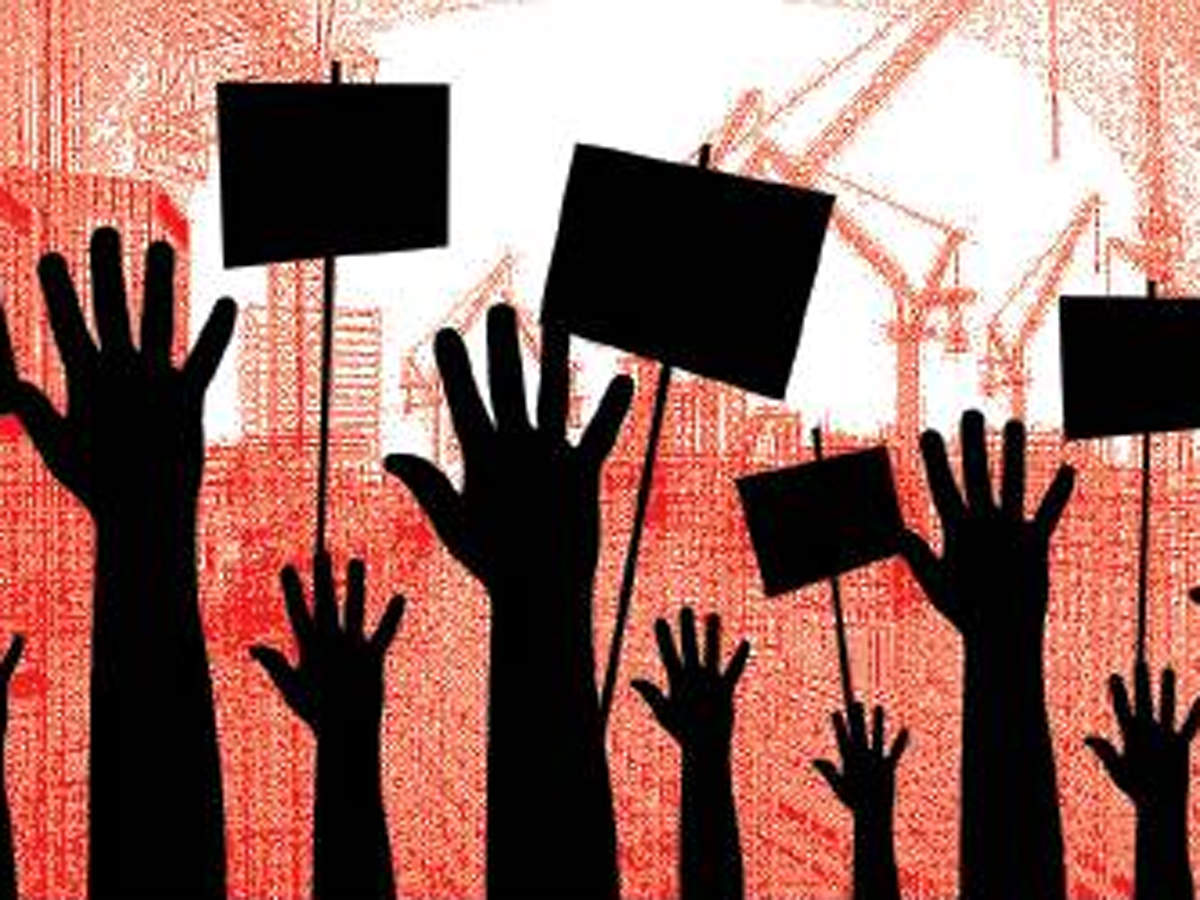 GURUGRAM: Residents of NBCC Green View in Sector 37D staged a protest on Tuesday alleging that the developer has compromised with the quality of construction by using substandard materials. They said the society has witnessed plaster falling, ceilings and terraces collapsing and pillars developing large cracks over the last two years.

Scores of residents, including women and children, gathered in front of the society premises on Tuesday with posters and placards and raised slogans against the developer for selling them flats that are “structurally unstable”.

They demanded that the developer, National Buildings Construction Corporation Ltd (NBCC), buy back the flats sold or construct new buildings by demolishing the existing ones.

G Mohanty, president of NBCC Green View RWA, said: “Things are literally falling apart here. We have tried every means to raise the issue with the developer but they are doing nothing about it. We have invested our hard-earned money here but are forced to live in constant fear of our safety.”

Meanwhile, a senior NBCC official said they are aware about residents’ grievances. “We have taken immediate action and hired IIT-Delhi as a consultant to conduct a detailed analysis of the building structure. There are no issues with regard to stability and structure of the building. We are confident that all the problems will be resolved within 3-4 months,” the official said.

The project was launched by the NBCC in 2012 and the possession of unfinished flats was offered in August 2017 after a delay of two years, residents claimed. At present, more than 125 families are living in the society.

“We make our childen wear helmets while stepping out as portions of the buildings can fall at any point,” Yadvendra Yadav, a resident, said.

Deepak Jain, the RWA treasurer, added: “The quality of construction is so poor that the building may collapse at any moment, particularly in the event of an earthquake of even low intensity.”