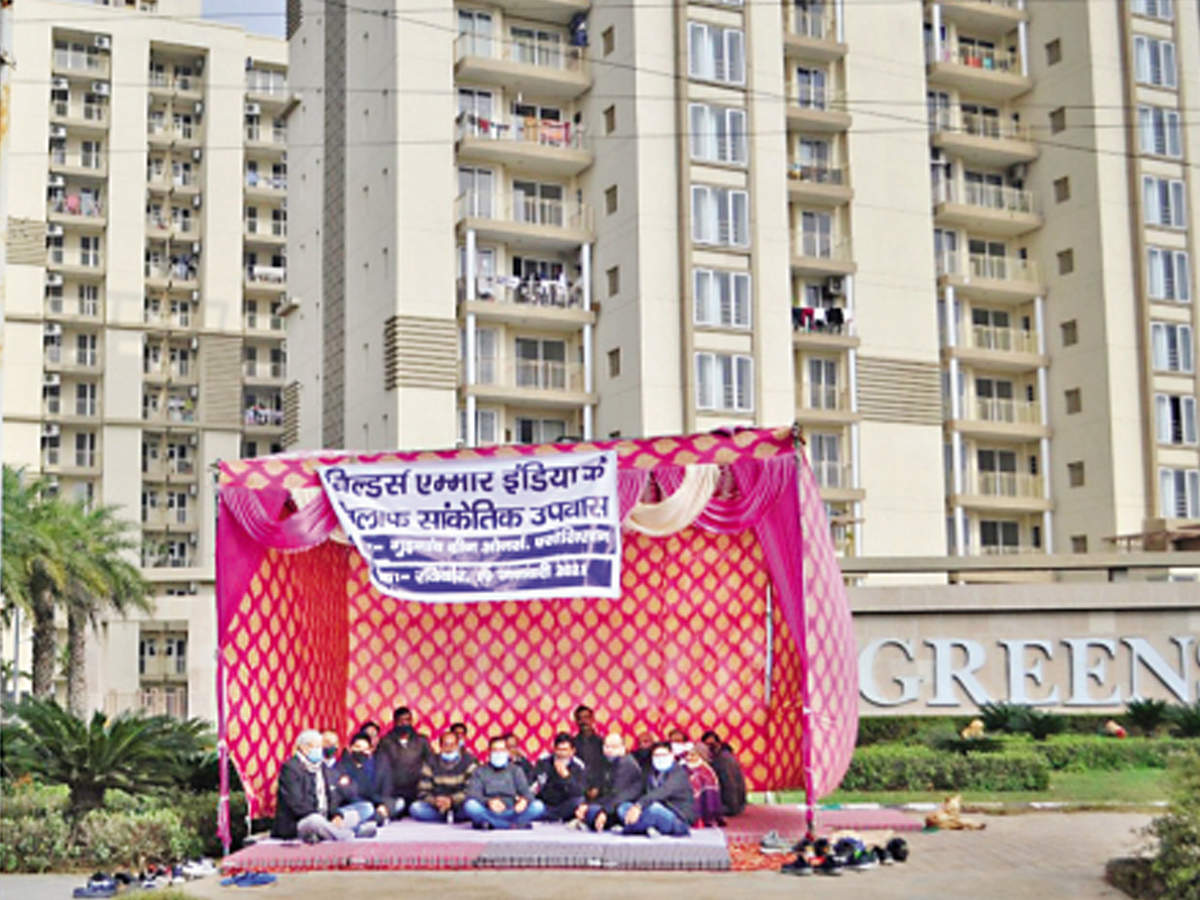 GURUGRAM: Unable to get any relief from the developer on maintenance and related issues, the residents of Emaar Gurgaon Greens in Sector 102 sat on a hunger strike at the entrance gate of the society on Sunday.

Despite raising their concerns with CM window, DTCP and other agencies, none of their issues — structural and forensic audit and reversal of common area maintenance charges — has been addressed, alleged residents.

“We are on a hunger strike to protest against the dictatorship of the builder, who is earning around Rs 50 lakh in the name of management charges without their involvement in managing the society. The buyers have already submitted many memorandums to the deputy commissioner and other senior officials requesting to direct the builder to reduce the Common Area Maintenance (CAM) charges but no action has been taken,” a resident said.

The developer could not be reached for a comment regarding issues raised by the residents.

Not just this, the homebuyers have also approached the district registrar, firms & societies to provide the membership of the society, conduct the RWA elections and handover of the maintenance to the elected body.

The residents said they are already paying very high maintenance charges and the builder forced them to pay two years’ CAM charges in advance at the time of possession. In some cases, the builder even charged extra as GST, they said.

“Even after charging such high common area maintenance fee, the condition of general services in the society is very pathetic. Only one guard has been deployed in two towers and the horticultural maintenance team consists of only four people which is insufficient to take care of the green area of the society,” said Uday Mehra, a resident.