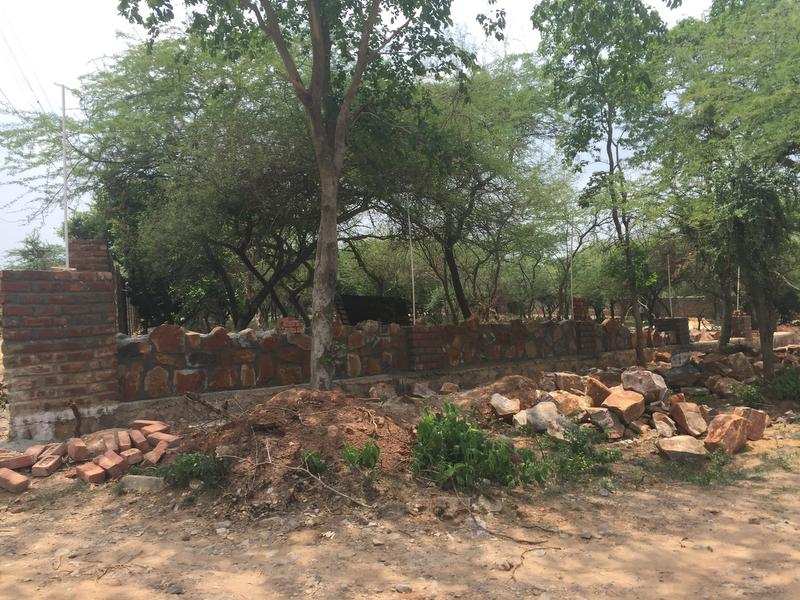 GURUGRAM: Barely 24 hours after issuing notices to the developers of 50 illegal farmhouses in the Bandhwari area of the Aravalis, authorities on Wednesday razed eight such properties. The remaining farmhouses, which are at different stages of construction, will be demolished on Thursday, officials said.

The action by the department of town & country planning and MCG came a day after the SC took cognizance of a TOI report about a hillock that was flattened to build an access road to 50 farmhouses.

A joint team of DTCP and MCG, led by district town planner RS Batth, moved in with bulldozers in the morning into the Bandhwari area and demolished the farmhouses, including four readyto-move-in structures, in the presence of a 70-member police force.

“The demolition drive will continue on Thursday as well and the remaining farmhouses will be razed. Barbed fencing put in place to separate the farmhouses being built across 25-30 acres of land will also be removed. We are even planning to register FIRs against the developers of the properties,” Batth said.

At least four government agencies — DTCP, MCG, Haryana Pollution Control Board and the state forest department — had carried out separate inspections of the site on Tuesday, and termed the constructions a clear violation of the “controlled area” notification. Subsequently, MCG had issued the notices, a formality before the demolition of any unauthorised structure.

“The farmhouses were constructed without taking any permission from the departments concerned. They were found to be illegal as per the statute of both the DTCP and the MCG. So, prompt action was taken. The Gurugram deputy commissioner has also sanctioned the demolition drive,” said Batth.

The district mining department, the forest department and the pollution control board are also expected to take action as per their statute. “Thousands of trees were cut to clear the area in the Aravalis. We had issued a damage report, in which a penalty of Rs 1 lakh was imposed. We are considering carrying out a plantation drive in the area,” said a seniorforest official.