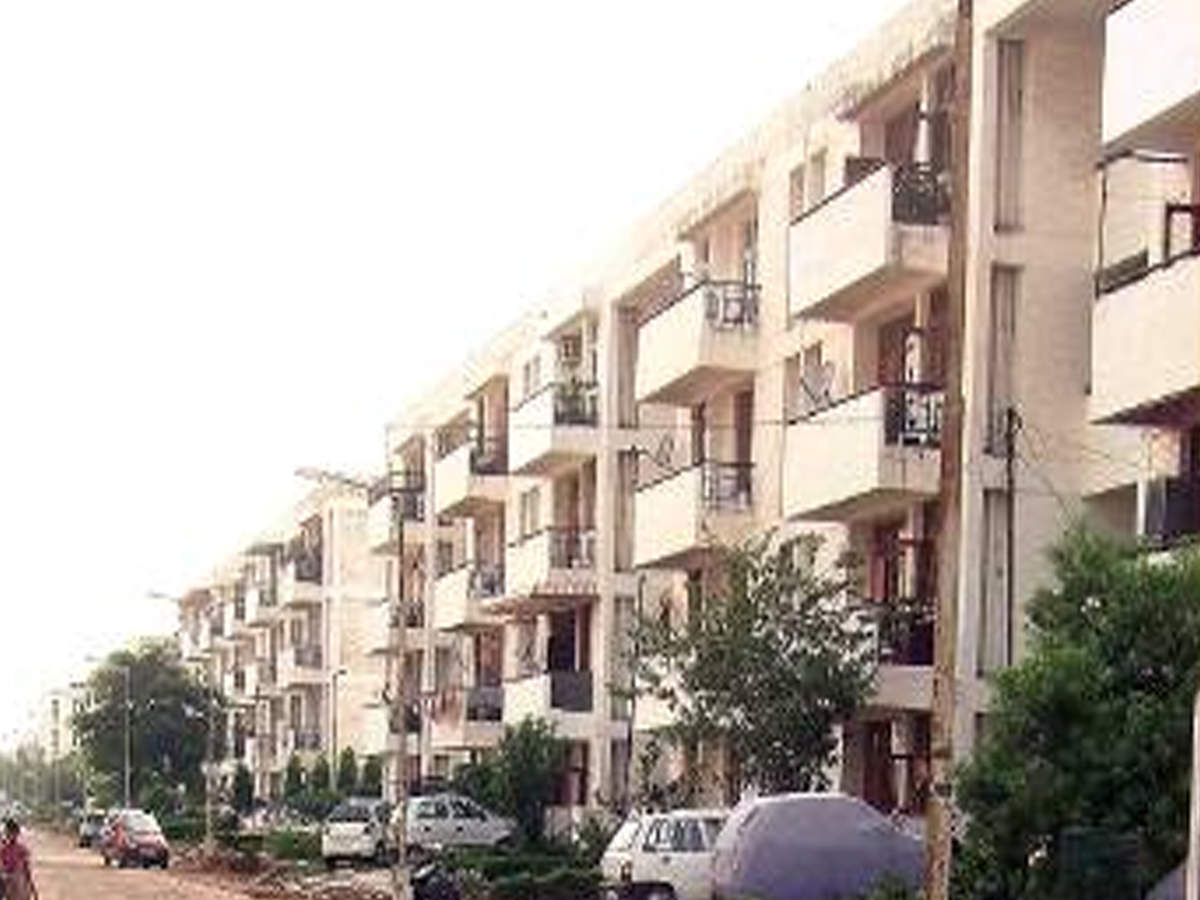 CHANDIGARH: The UT administration has given two options to employees for flats under UT employees housing scheme 2008: cost of flats as per plotted area or as per entire area of land.

The choices were placed before representatives of employees in a meeting on Tuesday chaired by UT adviser Manoj Parida.

According to the option of plotted area, the three-bedroom hall kitchen (BHK) flat will cost Rs 1.51 crore, two BHK flat Rs 1.17 crore, one BHK flat Rs 68 lakh and one BHK (EWS) flat Rs 46 lakh. The UT proposed though 65.96 acre of land will be utilised, only 38.02 acre will be charged. The financial concession of Rs 1,002.49 crore will be extended in reducing land cost by modifying the cabinet decision.

According to the second option, the cost of the entire land will be charged but with more floors. The UT will charge Rs 1.69 crore for three BHK flat, Rs 1.31 crore for two BHK flat, Rs 75 lakh for one BHK flat and Rs 54 lakh for one BHK (EWS) flat. Three and two BHK flats will be constructed on ground plus six floors, whereas one BHK flat will be built on ground plus 10 floors.

The UT proposed 48.33 acre of land will be charged at the rate of Rs 35.88 crore per acre, which will come to around Rs 1,734 crore. Although there will be not any financial concession towards cost of land, the floor area ratio (FAR) would be increased.

However, an association of employees on late Tuesday night rejected both the proposals.

A senior UT official said if employees agree to the price, the administration will move the ministry of home affairs for formal approval, leading to Chandigarh Housing Board (CHB) starting construction. The houses will range from six to 11 floors to reduce need for larger land area.

Where | While three and two BHK flats will be constructed in Sector 53, one BHK and EWS flats will be built in sectors 52, 53 and 56.

CHB will finish all the flats, including all bathrooms, excluding wood work of cupboard and kitchen cabinets

2008 | Chandigarh Housing Board had floated ‘Self-Financing Housing Scheme – 2008’ to take care of needs of eligible UT employees of all categories.